Described by Sofie Hagen as “my favourite comedy club in London”, The LOL Word is taking the UK by storm with their hilarious, inclusive nights. There’s no kicking down (no sexism, transphobia, racism) but plenty of punching the patriarchy.

After sell-out Fringe runs in Edinburgh, Manchester, Cambridge and Brighton, and at VAULT Festival, The LOL Word is descending upon Soho Theatre’s illustrious cabaret stage for one night only. They’ve compiled their very favourite queer comedians for this one-off special show, all of whom graduated from Soho Theatre’s Young Company.

As seen on BBC3 and LADBible, as seen at Latitude, Bestival, and Southbank Centre. 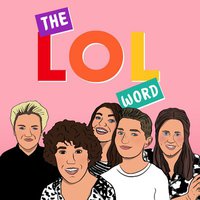