In August 2019, NASA astronaut Anne McClain was outed after being accused of hacking her estranged wife’s bank account from the International Space Station.

This was the dawn of space-crime, and a new era for queer representation.

Is Anne really a criminal.. or a hero?

Isolated in space, Anne cracks on with being an astronaut but is caught up in a constellation of bad times. Cornered by her colleagues, berated by her boss, and jeopardised by a Gemini (her skank wife).

Thankfully, she’s not from one of 69* Earth-countries where she would be a criminal just for being gay at all.

The show was shortlisted for New Diorama’s Untapped Award in 2020 and showcased as part of The Omnibus Theatre’s Engine Room in 2021. 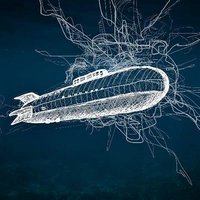