Lyn Gardner
17 January 2022  ·  Follow on Stagedoor
“First impressions count, eh? That’s what they say, so why do some people remain invisible? In any case are first impressions always right or are they influenced by prejudice and societal expectations? All those questions are put under the microscope by the energising and ever thoughtful The PappyShow who follow up the excellent Boys with a new piece created by a 12 strong cast and 27 creatives who represent intersectional identities in the UK today. A philosophical and physical celebration of different communities that puts them centre stage and make us really look and see them.”

After its hugely successful show BOYS seen at LIMF’20, The PappyShow returns with a multidisciplinary performance, weaving words, song, movement, design, costume and audio-visual that asks us all to consider the question, when you look at someone, What Do You See?

With a 12-strong cast and team of 27 creatives representing the spectrums of race, disability, sexuality, age and body shapes, plus all the diverse intersectional identities in Britain today, What Do You See? celebrates all those identities placing these communities at the centre of the story.

Believing the most diverse rooms are the richest and most likely to thrive - this work celebrates all of those identities. In a world where we have had to argue that Black Lives Matter, for disabled rights, for equal pay, against sexism, homophobia, transphobia - The PappyShow places these communities at the centre of the story and says WE SEE YOU. 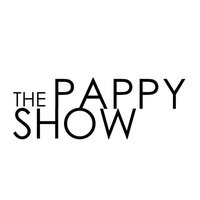