Lyn Gardner
6 June 2022  ·  Follow on Stagedoor
“Long before Maxine Peake’s Hamlet and Phyllida Lloyd’s Shakespeare trilogy at the Donmar, Kathryn Hunter played Lear at the Young Vic. It was an extraordinary performance from the still-young Hunter who succeeded in creating a mesmerising king who was neither male nor female, sometimes as old as the hills or as wizened as a baby. Few actors get the chance to assay Lear twice, but it is a sign of the standing of the small but mighty Hunter that 25 years later she is getting a second crack in this production. Once again Helena Kaut-Howson directs, and this time round Globe artistic director Michelle Terry doubles as Cordelia and the Fool.”

‘The oldest hath borne most: we that are young
Shall never see so much, nor live so long’ - Act V, scene 3

When the aged King relinquishes his empire, he divides it amongst his three daughters, promising the largest share to the one who professes to love him the most. But when the balance of power transfers to the next generation, Lear is cast out by those he trusts, embarking on a maddening quest for self-knowledge and reconciliation.

Eviscerates emotionally while illuminating a society rotten with lies

While she is tiny and diminished on the royal seat, her presence is spectacular 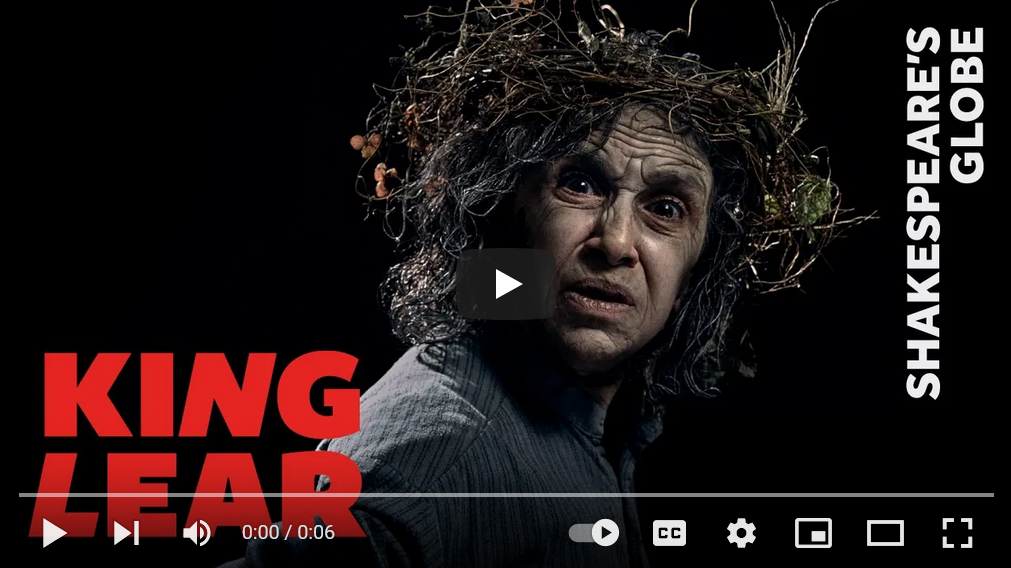