Conspiracy to kill, public broadcast of cunning rhetoric, a divisive fight for Greatness. When Cassius and Brutus decide Rome’s leader Julius Caesar poses a political threat to their beloved country, there’s only one solution.

‘Th’ abuse of greatness is when it disjoins
Remorse from power.’ – Act II, scene 1

This Summer, we confront our own political landscape as Shakespeare’s epic tragedy Julius Caesar takes on startlingly new relevance in the Globe Theatre, and across the UK as part of Globe on Tour. Diane Page, winner of the 2021 JMK Award, brings Shakespeare’s brutal tale of ambition, incursion, and revolution to life.

This production features depictions of war, self-harm and suicide, as well as profanity and offensive language. It also contains violence, stage blood and weapons including guns and knives.

This production has strong potential for passionate debate

Modern-dress production has a fine cast

It excels at capturing the fear and paranoia

There is little electricity or danger here 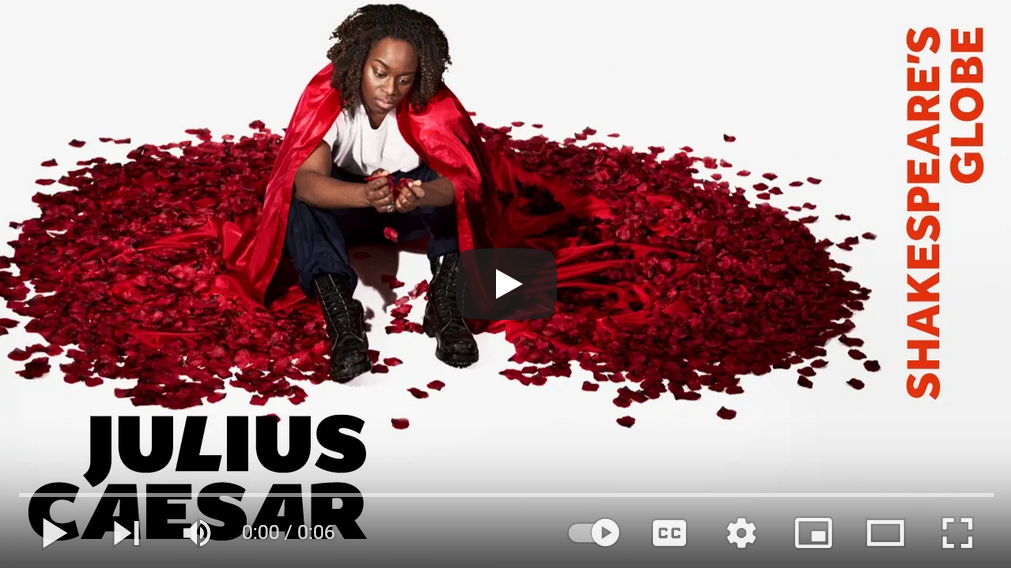