In this dance concert, we will revive and unite folk music elements with classical works and traditional dance from Hungarian culture focussing on the works of Franz Liszt and his peers. It’s not just about paying tribute to the genius of this composer and performer but also showing that his work still has relevance in the present day.

The performance features musicians and dancers of the Hungarian State Folk Ensemble of Budapest, who will be joined by fantastic artists such as violinists Alexandre da Costa and István Pál Szalonna, the Royal Philharmonic Concert Orchestra and folk singer Eszter Pál.

This concert, performed in the languages of both music and movement, features the music of Liszt alongside some of the finest pieces of Hungary’s national romanticism that inspired him. They reach back as far as Gregorian chant as well as looking at the music of some of his contemporaries, Chopin and Paganini.

These mosaics of dance, music and voices raised in song arrange themselves into a grand tableau to bring the past to life for the modern-day audience. 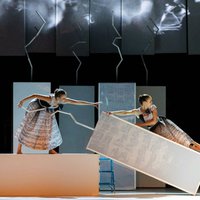