Sad that Shakespeare hasn’t written anything new for over 400 years?

Well, hold onto your doublets, ruffs and trunk hose. The Bard is back! With story and verse improvised in the moment, enjoy a riotous new Shakespeare play every time – performed by Impromptu Shakespeare’s whip smart cast.

Packed with priceless wit, lyrical smarts, romance, and a dash of double-crossing, this leading ensemble do the Bard proud with a brand new one-act hit every time, inspired by audience suggestions.

Impromptu Shakespeare have been a smash hit at the Edinburgh Fringe, Bristol Shakespeare Festival, and appeared on BBC Shakespeare Live. 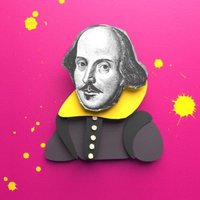