Lyn Gardner
9 May 2022  ·  Follow on Stagedoor
“Olivier-winner Robert Icke has a good track record with Orwell, together with Duncan Macmillan he wrote and staged a brilliant version of 1984. Now he’s taking on farmyard revolution in a production that he both writes and directs and which has been out on a UK tour and gathering glowing reviews wherever it has gone. Icke’s productions always combine intelligence with theatricality and while this production with puppets (a marvel, by all accounts) was conceived with young audiences in mind, the word is that this is an immensely satisfying and sometimes electrifying piece of theatre.”

Re-imagined by an award-winning creative team, Animal Farm is a dynamic, daring and contemporary take on a timeless story.

The animals of Manor Farm drive out the farmer and run the farm themselves. A revolution. And then what? Then freedom. Every animal will be free.

Old Major, the prize boar, calls the animals of Manor Farm together. He has had a strange dream of a better future.

Animal Farm is directed by Robert Icke, whose version of 1984 (co-adapted and directed with Duncan Macmillan) was a smash-hit in the West End and on Broadway. This brand new production features puppetry by Toby Olié (whose credits include War Horse, Running Wild and Goodnight Mister Tom) and is designed by four-time Olivier award-winner Bunny Christie. 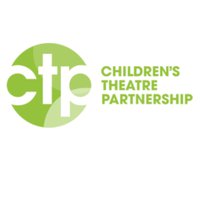