In the 6th Century AD at the height of the Roman Empire, Theodora was wife to the Roman Emperor Justinian. Her reforms changed the lives of woman throughout the empire. Prostitution was criminalised, rape became punishable by death and women were granted guardianship over their children - but her determination to improve the lives of ordinary women was not simply evidence of a charitable spirit. Born into poverty and growing up in the brothels of Constantinople, she had direct experience of the very worst that women could be subjected to - so her route to the heights of political power was an astonishing one. 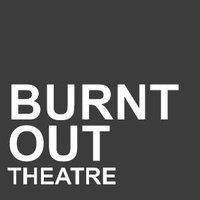