Lyn Gardner
14 March 2022  ·  Follow on Stagedoor
“Prospero and his daughter have been in isolation for over a decade—much longer than any lockdown—but now the world is opening up to them again. How will they cope? Can Prospero overcome his bitterness at how he was ousted from his former life? This one is something new from Wildcard Theatre, the company behind the Edinburgh hit Electrolyte. They are bringing their gig-theatre style to Shakespeare with a version of the play that comes with a cast of actor-musicians and a score by BBC Young Composer of the Year, Jasmine Morris. It’ll be noisy and full of energy, and it just might make you see Shakespeare’s last play from a completely new perspective.”

Banished to a mystical island with nothing but their magical books, Prospero waits in isolation for twelve long years. Consumed by a desire for revenge, they forge a new life with their daughter Miranda, slave Caliban and servant-spirit, Ariel.

Using Ariel, and all his qualities, Prospero conducts a terrible storm to shipwreck their enemies, stranding them in Prospero's new kingdom.

Divided, lost and confused, the group find themselves at the mercy of twisted vengeance. But will Prospero's bitterness destroy them, or will humanity prevail?

Performed by a cast of nine actor-musicians, with a detailed sound design that immerses the audience in a rich audio world, this is Shakespeare like you have never experienced it before.

Brings plenty of energy to a loose adaptation

Use code STAGEDOOR25 for 25% off all full price tickets 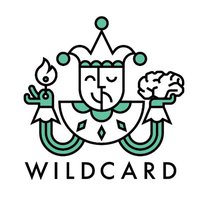