Four research scientists are freezing in the basement of the Institute of Plant Industry, forced to make impossible choices to protect life-saving seed samples against an invading army, a starving population and each other.

Under siege and with hope vanishing around them, how do they preserve what matters most and find hope for our shared future?

Seeds is the live performance premier of No Stone Theatre’s thrilling and critically acclaimed podcast series which starred Nina Sosanya.

During the second world war and the terrible siege of Leningrad, the researchers at the institute protected the edible record of the world’s food sources against German bombs and a starving population. Ultimately saving the priceless collection and preserving knowledge that would go on to save millions from famine, but at the tragic cost of the majority at the institute starving to death, in freezing rooms full of food.

Different time lines and spaces are overlaid, and seamlessly shift together creating moments of vivid theatricality, moving beyond documentary and towards a story of humanity both worlds contain. The structure links the story of the scientists to our current climate crisis, the damage our modern attitudes to food and instant gratification has had on our environment, the threat to food security and the fallout of the global pandemic.

Created by an award winning team this little known history is given renewed urgency by the war in Ukraine, the worsening food security crisis and the heroic efforts to protect our world’s biodiversity. 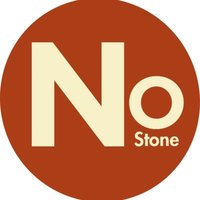