We all know what it's like to wait, don't we? Waiting for our banana bread to come out the oven, waiting for Boris Johnson’s 5 o’clock announcement, waiting for permission from male playwrights to perform plays about the human condition.

Since WAITING FOR GODOT was written, non-men all over the world have been waiting to fill the boots of Vladimir and Estragon. Nearly 70 years later, the playwright is dead and his estate still says no.

Today Ariana Grande tells us that 'God is a Woman’…. so we’ve decided we’re done waiting. Samuel Beckett? ...thank u, next.

With their trademark style of playful and political physical theatre, Silent Faces explore permission, patriarchy and pop music in GODOT IS A WOMAN 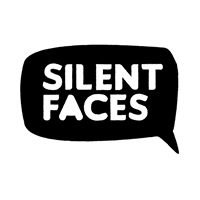