Best of the West End
14 February 2019  ·  Follow on Stagedoor
“Now who could possibly resist a washing machine that breaks into song? This production by Michael Longhurst — who is the Donmar’s incoming artistic director — took its time getting to the West End, arriving via Chichester and Hampstead. But it was worth the wait, not least for the fantastic Sharon D Clarke who plays Caroline, the African-American maid who works in the basement of the wealthy Geller family house in Louisiana in 1963. The word change has many meanings in this musical which has both emotional nuance and political clout.”

"That old copper statue by the Courthouse downtown, honouring the dead Confederate soldier, ain’t there no more…"

1963. In quiet Lake Charles, Louisiana, the destruction of a Confederate statue might just signal that change is in the air… But, whatever the progress of the civil rights movement, in the Gellman household things seem just the same – for now at least.

Eight year old Noah, heartbroken by the death of his mother and his father’s remarriage, sneaks down to the basement to spend time with the black maid he idolises, Caroline Thibodeaux: Caroline who runs everything. Whilst the basement may seem a fantastical place - even the appliances have a voice of their own - Caroline’s work there is repetitive and badly paid. But when Mrs Gellman comes up with a way for her to take a little more money home, the consequences for Caroline and Noah’s relationship are not what anybody might have expected…

An Olivier Award winning musical with a hugely original, highly eclectic and uniquely American score, Caroline, or Change creates an uplifting and profound portrait of America at a time of momentous social upheaval.

Sharon D Clarke has long had one of theatre’s most resonant, authoritative voices. But here she astonishes, with a riveting portrait of a woman whose rock-hard stoicism is etched with pain

Longhurst's production fields a stunning ensemble cast, but it is naturally and peerlessly dominated by an extraordinarily fierce and contained performance from Sharon D Clarke in the title role

Along with its socially historic insights, it seems to exist to remind us that, as Kushner writes: change, progress is difficult, uneven, uncertain but also absolutely possible

A riveting fusion of social upheaval and hummable songs

Sharon D. Clarke is magnificent in the title role of Tony Kushner and Jeanine Tesori’s musical 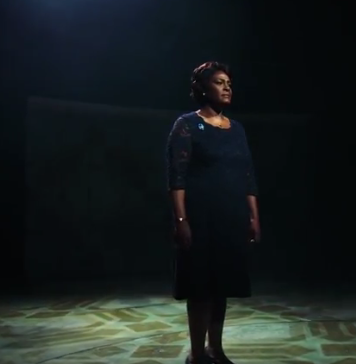 Times they are a changing