Welcome to the Kit Kat Club. Home to an intimate and dazzling new production of CABARET. This is Berlin. Sit back, loosen up and be yourself. In here, life is beautiful!

Winner of 7 Olivier Awards - including Best Musical Revival - this new West End production of one of the most successful musicals of all time is certainly not one you'll want to miss. The show features songs Wilkommen, Don’t Tell Mama, Mein Herr, Money and, of course, Cabaret.

Berlin’s famous Kit Kat Club is magnificently brought to life through the transformation of the Playhouse Theatre in the West End. Cabaret performers have infiltrated the premises. The artists have staked their claim. Who knows how long we’ll stay, but for now we’re enjoying the party - at the end of the world.

Guests are encouraged to arrive early and explore every nook and cranny of what is on offer. With drinks, dining and immersive pre-show entertainment, Cabaret transports you to 1930s Berlin from the moment you enter the doors of the Club.

Cabaret at the Kit Kat Club has music by John Kander, lyrics by Fred Ebb and a book by Joe Masteroff. It's based on John Van Druten's play and stories by Christopher Isherwood.

The Master of Ceremonies cordially invites you to the Kit Kat Club, where a new crowd has come to hear the music play. Over 50 years on from its West End debut, the iconic London musical Cabaret continues its successful revival at the Playhouse Theatre. This exhilarating production has won a record- breaking seven Olivier Awards, including Best Musical Revival, making it the most awarded musical revival in the history of the Oliviers. “In a time when the world is changing forever, there is one place where everyone can be free,” says The Playhouse team. “Welcome to the Kit Kat Club, London.”

Now in a newly intimate setting, Cabaret sees the Playhouse Theatre transformed into the notorious Kit Kat Club, for a show that will transport you back to the Jazz Age of 1930s Berlin. Become part of the spectacle as you drink and dine around the in-the-round stage, and enjoy John Kander’s unforgettable songs, including Maybe This Time, Don’t Tell Mama, Wilkommen, Money, Mein Herr, Tomorrow Belongs to Me, and Cabaret.

The enduring story follows American writer Clifford Bradshaw as he travels through pre-war Germany, alighting at the Kit Kat Club where he falls for tragic femme fatale Sally Bowles. As war descends, the patrons of the Kit Kat Club delve into hedonism to escape the growing unrest around them — all overseen by the vibrant and enigmatic Emcee.

After earning Best Actor in a Musical and Best Actress in a Musical wins for Eddie Redmayne and Jessie Buckley, the Playhouse Theatre’s London Cabaret revival now sees Marvel star Fra Fee step into the role of the Emcee until October 1st. Known for playing Kazi in the Disney+ show Hawkeye, Fee has also had award-winning turns in The Ferryman, Les Mis, and As You Like It.

Slipping into Jessie Buckley’s jazz shoes is Amy Lennox as Sally Bowles. Olivier-nominated for her role in Kinky Boots, Lennox also received critical acclaim for her appearances in Lazarus, Legally Blonde, and 9 to 5 The Musical.

From October 3rd to January 28th, the role of Emcee will be taken over by It’s a Sin star Callum Scott Howells, while the role of Sally Bowles will be played by Emmy award-winning Madeline Brewer (The Handmaid’s Tale, Orange is the New Black). Other cast members include Omar Baroud as Clifford Bradshaw, Vivien Parry as Fraulein Schneider, Elliot Levey as Herr Schultz, Stewart Clarke as Ernst Ludwig, and Anna-Jane Casey as Fraulein Kost/Fritzi.

Cabaret tickets are now on sale until March 18th, 2023, with further casting announcements coming on October 3rd. A range of Cabaret tickets are available, including stage-side dining with a three-course meal and champagne; pre-show entertainment in the Kit Kat’s Green bar with canapes, cocktails, and ice cream; and private rooms for champagne and dinner.

To enjoy this immersive and thrilling experience, book your tickets now. Right this way, your table’s waiting...

This gorgeous, grimy take on a classic musical is one not to miss

An outstanding piece of theatre

This isn’t just a theatrical show, it is an experience that is well worth the ticket price

As challenging and vital as it is enormously enjoyable

Life may be disappointing, but Cabaret is most definitely not

Shattering and utterly magnificent. Cabaret always promised to be the show of the season. It is that.

This is it. This is the one. A theatrical triumph.

This play comes together beautifully

Cabaret remains one of a kind

A blinder of a show

Much anticipated but sadly over-lauded 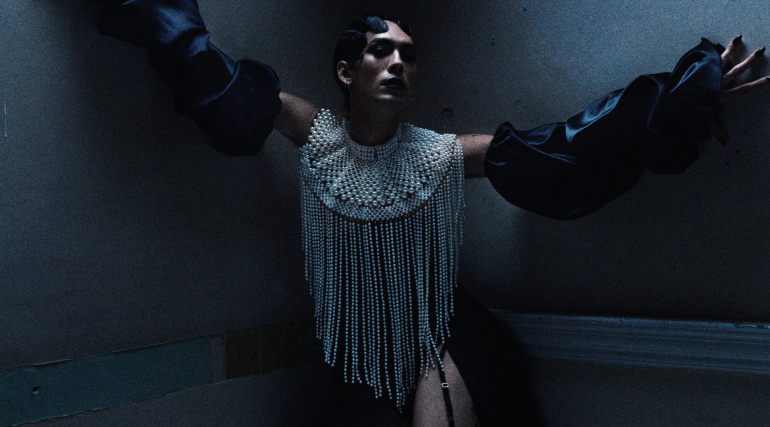