Enter a world of splendor and romance, of eye-popping excess, of glitz, grandeur and glory! A world where Bohemians and aristocrats rub elbows and revel in electrifying enchantment. Pop the champagne and prepare for the spectacular spectacular…

Welcome to Moulin Rouge! The Musical!

Baz Luhrmann’s revolutionary film comes to life onstage, remixed in a new musical mash-up extravaganza. A theatrical celebration of truth, beauty, freedom and — above all — love, Moulin Rouge! is more than a musical; it is a state of mind.

Get tickets to Moulin Rouge! The Musical at the West End's Piccadilly Theatre today!

Aah, Paris, city of romance, and home to the famous Moulin Rouge. Now director Baz Luhrmann’s spectacular film is brought to the stage, presented in a new musical mash-up extravaganza. It’s time to pick up your Moulin Rouge! The Musical ticket and sit back and take in the world of 1890’s Belle Epoque Paris with all its glitz, glamour and romance. Get sucked into the Moulin Rouge world where bohemian artists rub shoulders with beautiful dancers, and aristocrats fall head over heels in love with them.

Moulin Rouge! The Musical has picked up huge accolades from the critics: ‘Completely ravishing, a hedonistic high’ says the Independent, The Times declares ‘Just right for now. Spectacle and a dash of fairy-tale romance.’ while the Guardian highlights the ‘Wonderfully wild, jaw dropping design, and a cast with energy to burn.

Bursting with energy and Parisian passion, Moulin Rouge! The Musical comes to the Piccadilly theatre London. Not surprisingly, the production has won ten prestigious Tony awards including Best Musical, bringing a fresh interpretation of the story that appeared on screen. As Baz Luhrmann says ‘This new theatrical production absolutely honours the movie, but finds a new life that is exciting and vital for this audience.’

Set in, and around the famous ‘red windmill’ cabaret club of Montmartre, Moulin Rouge! The Musical brings all the iconic glamour of turn of the century Paris to life, with all its famous artists, misfits and lonely souls meeting in one fabulous place. Through the magic of live theatre, this production adds a greater emotional and psychological depth than ever before to their stories!

Leading the Moulin Rouge! The Musical London cast is Liisi LaFontaine as Satine, with Jamie Bogyo as Christian, Clive Carter as Harold Zidier and Jason Pennycooke as Henri Toulouse-Lautrec. Simon Bailey is the Duke and Sophie Carmen Jones is Nini.

Moulin Rouge! The Musical London is directed by Alex Timbers, with book by John Logan and choreography by Sonia Tayeh. Music supervisor, orchestrator, arrangements, & additional lyrics is Justin Levine, costume design is Catherine Zuber and sets are by Derek McLane.

Moulin Rouge! The Musical tickets are Up for Grabs Now!

For a chance to be part of the unique Parisian high-octane experience that is Moulin Rouge! The Musical London, book your ticket now, With Moulin Rouge! tickets available for performances until January 2023, it’s that fastest way to put a smile on your face and some oh-la-la in your life.

The perfect way to celebrate our post-pandemic freedom

An all-new, all-adrenaline rush of a show

When it really lets rip, there is nothing in the West End that can match it

A big, eccentric, extravagant party with a great playlist

With pyrotechnics, a looming elephant, scenery to die for and a cast with energy to burn

The big numbers are ravishing

Has spectacle in spades 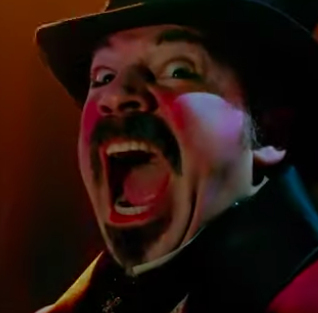