There’s magic in every moment at Harry Potter and the Cursed Child, the most awarded play in history and “one of the most defining pop culture events of the decade” (Forbes).

19 years after Harry, Ron, and Hermione saved the wizarding world, they’re back on a most extraordinary new adventure – this time, joined by a brave new generation that has only just arrived at the legendary Hogwarts School of Witchcraft and Wizardry. Prepare for spectacular spells, a mind-blowing race through time, and an epic battle to stop mysterious forces, all while the future hangs in the balance.

Based on an original new story by J.K. Rowling, Jack Thorne and John Tiffany, this new play by Jack Thorne received its world premiere in London’s West End at the Palace Theatre in summer 2016.

"This is something you will remember for years to come. There is something really special about being amongst an audience who are really up for it. It doesn’t happen often. Savour it." - Lyn Gardner

Don't miss this one-of-a-kind theatrical experience. Harry Potter tickets are some of the most sought after in the West End, so if you're thinking of booking, now is the time!

19 years on from The Battle of Hogwarts and the defeat of Voldemort, Harry and Ginny Potter take their son Albus Severus to Platform 9 3/4 for his first year at Hogwarts. Little do they know that his time at the school will be just as tumultuous and adventure-packed as his father’s.

Between navigating life as the son of the most famous man in the Wizarding World and a blossoming friendship with the most unexpected student, Albus embarks on a time-twisting, breathtaking two-part escapade that’s sure to keep you spellbound.

Since its opening night in 2016, Harry Potter and the Cursed Child has become the most-awarded play in history. It was nominated for a record-breaking 11 Laurence Olivier Awards in 2017, of which it won nine (including Best New Play).

The Cursed Child has also won Best Play at the Evening Standard Theatre Awards and Best West End Show at the WhatsOnStage Awards, alongside a whole host of awards and nominations for its cast and creative team.

UK publications have responded to the show with five-star reviews across the board. The Daily Telegraph says “British theatre hasn’t known anything like it in decades”, while The Times says “It is out of this world, it’s magic, it’s a hit.”

Forbes describes the play as “one of the most defining pop culture events of the decade.”

Harry Potter and the Cursed Child features an original story by J. K. Rowling, with a script by multi-award-winning writer Jack Thorne (Shameless, Skins, This Is England, His Dark Materials). Tony and Olivier Award-winning director John Tiffany helms the production.

Following in the footsteps of the original cast — which included Jamie Parker, Noma Dumezweni, Sam Clemmett, Anthony Boyle, Paul Thornley, and Poppy Miller — the new lineup is just as star-studded. Jim Fish (The Winters Tale, King Lear, The Lion the Witch and the Wardrobe) dons the lightning scar of Harry Potter while Footlights alumni Luke Sumner plays Scorpius and Dominic Short takes on the role of Albus in his professional stage debut.

Other cast members include Susie Trayling as Ginny, Thomas Aldridge as Ron, Michelle Gayle as Hermione, Phoenix Edwards as Rose, and James Howard as Draco.

Music for the show is composed and arranged by Grammy Award-winning artist Imogen Heap.

Harry Potter and the Cursed Child returned to its home in the West End’s Palace Theatre in 2021.

The show takes place over two parts, which can be viewed on the same day or over consecutive evenings (Wednesdays and Fridays only). Booking your ticket automatically guarantees you the same seat for both parts on the same day. If you wish to view Part One and Part Two on different days, bookings depend on availability.

Harry Potter theatre tickets are currently available until 30 July 2023, and sell out quicker than you can say “Accio tickets!” So grab yours now and take your turn to #KeepTheSecrets.

It grips, it stirs, it delights

Moments that simply take your breath away


Please note:
The play is in two parts. When booking through our interactive seating plan, you'll automatically be booking for both parts at the same time and for the same exact seats. You will see both parts on the same day, dependent on availability.


** Promo codes and Gift Cards can't be applied on this show ** 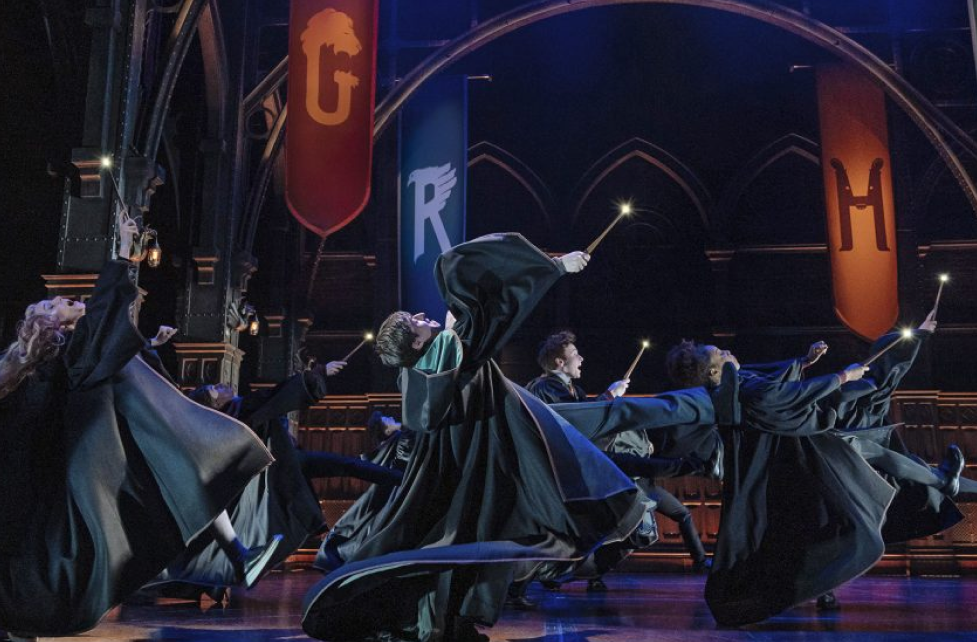 Harry Potter and the Cursed Child, a "love letter to theatre"