At the centre of London’s criminal underworld lies a centuries-old secret.

In 1912, two Bloomsbury bookbinders created a luxurious jeweled binding for a book that became known as The Great Omar.

Hugely valuable, the book found a buyer and was packed safely aboard a boat bound for New York.

On the 15th of April 1912 the HMS Titanic sank, leaving the book forever lost at sea. Its secrets were never recovered. Until now.

In an unassuming building in London, a sea of secrets is waiting to be revealed.

Enter a hidden world as you descend into the dark underbelly of international crime and prepare yourselves to face The Drop.

Will you beat the villain, or become one? 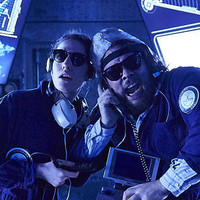