Lyn Gardner
18 April 2022  ·  Follow on Stagedoor
“It’s been a long wait for the latest large scale immersive show by Punchdrunk but the company are back, turning their new home in Woolwich into a site to tell the epic story of the fall of Troy set in a future parallel universe. It’s been in previews since late March but opens later this week. Borrowing from Euripides and other ancient Greek playwrights, Punchdrunk will take audiences on a theatrical journey like no other with a show that allows its audience to roam across two vast buildings and follow different characters as they face victory and defeat. Dare you hang out with the Furies? Find yourself with the betrayed and betrayers or dance with the gods. Not cheap but likely to be memorable, and amazingly tickets are now available for a run currently scheduled until the beginning of December but which may last longer than the Trojan war itself.”

The internationally-acclaimed theatre company’s first time in London since 2014 and their largest-scale show to date. It reunites the creative team behind Sleep No More and features a cast of international performers, including original members of the first Punchdrunk shows.

“As the smoke soars on wings to heaven, so sinks our city.”

In the smouldering promise of the fall of Troy, a mythical world of Gods and mortals rises from the ashes.

As Greece teeters on the brink of victory, the neon backstreets of Downtown Troy give way to a sprawling labyrinth hiding secrets even the prophecies could not foretell.

In this colossal playground, the furies watch on as mortals play out their fate.

And as night falls, the city comes alive.

On their own theatrical adventure, audiences are free to explore this dystopian landscape – taking them from the majesty of royal palaces to the pulsating underworld of Troy. Audiences may choose to follow the characters who emerge from the shadows, saturate themselves in the show’s shifting atmosphere, or break free of the crowd and discover mysteries lying in wait at the heart of the labyrinth.

This is a promenade production. Comfortable footwear recommended.

An all-consuming vision of the siege of Troy

An exquisite nightmare you'll be reluctant to wake from

Not quite a theatrical Trojan horse

An astonishing act of bravura drama-making 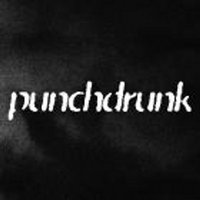