Tommy invites you to a family meeting in the heart of Camden Town, where the Shelby family have acquired new headquarters. From here, they will launch their ambitious campaign to take over London.

Peaky Blinders: The Rise is the first official fully immersive 360-degree theatre show set in the world of one of the most globally successful drama franchises, “Peaky Blinders”. Audiences will be welcomed to a specially adapted performance space, The Camden Garrison in Camden Market, just moments away from the setting for Solomons’ Yard from the TV series.

The Rise will follow the rise in the fortunes of Tommy and the Shelby family as the unfolding story and live actors place the audience right at the heart of the Peaky Blinders, their associates, and their enemies.

With multiple storylines and venues to explore from betting shops and The Garrison, all the way through to the infamous Eden Club, Peaky Blinders: The Rise is the unmissable immersive show live in London from June 2022.

It brings a heady energy

A must-see for fans

A frenetic blast of fun

A fantastic bit of entertainment for Peaky Blinders enthusiasts

Immersed in a criminally flimsy plot

This production includes use of prop weapons, herbal cigarettes, loud sound effects including gun shots, water-based smoke and vapour effects, use of strobe and flashing lights, which may not be suitable for photosensitive epilepsy, scenes of tobacco use, scenes of violence and threating behaviour, scenes of an intimate nature, scenes referencing drug and alcohol abuse, scenes depicting post-traumatic stress disorder and referencing suicide, scenes of a sexually violent nature. All fur used in the costuming of the production is entirely from recycled sources.
Runtime: 2 hrs 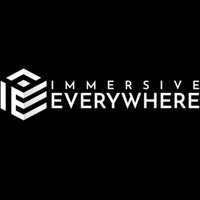