Lyn Gardner
17 August 2020  ·  Follow on Stagedoor
“Now this sounds a bit different, and operates as I imagine a great deal of theatre will over the coming months, if not years, over more than one platform. Dismantle is created by Josie Dale Jones and This Egg with Philippa Hogg in collaboration with The Koppel Project. It takes over an empty shop space in Soho to explore capitalism, gentrification, losers and winners. Taking the form of an installation viewed through a shop window, this is a socially distanced performance that takes place at 48 Poland Street in Central London for 125 minutes on the hour between midday to 10pm and asks with the city in a state of flux who benefits and who doesn’t? It will also take the form of a film with a release date to be announced.”

The arts in the UK hasn't necessarily ever been, but definitely isn't in the best of positions right now. Particularly live theatre, and the creation of new theatre.

The Koppel Project have recently had to move 70 artists out of their Soho Studios building in order for it to be torn down to make space for yet another luxury hotel.

We think it is the perfect symbol for CAPITALISM.

​Driven by the need to reignite the importance of human connection, togetherness and community following the time of isolation covid-19 has brought with it, we are putting together an installation, socially distanced pop up performance & film project.

With an anarchic edge, DISMANTLE will fill an empty space with a bit of life, offering hope and resilience for a moment (before it is gone again). We think it will be a welcome celebration of a city that is full of art but hasn't always looked after its artists. It might get a bit bleak, a bit desperate and a little bit mournful too. 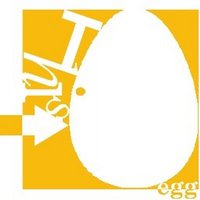