Lyn Gardner
13 February 2020  ·  Follow on Stagedoor
“Already well received at Project Arts Centre in Dublin, John Donovan’s play is set in a small Irish community which has been hit by economic uncertainty and an exodus of young people. Some have stayed behind including Barry, Cusack and Pa who gather each year on the anniversary of the death of their childhood friend Liam who was killed in a road accident when they were 17. But this year they realise that nobody else is coming, they are growing older and maybe it is time to say goodbye to the ghosts and forge a new future.”

Expecting a crowd and tearing into the cans, three men slowly realise they’re the only ones coming. Caught in the wake of their lingering grief, they must confront their receding youth, their uncertain futures, and the ghost that has held them together.

Award-winning writer John O’Donovan returns to rural Ireland for this haunting, hilarious new play about bereavement, brotherhood and breaking away from your past.

From the team behind the smash hit If We Got Some More Cocaine I Could Show You How I Love You, “a thorny, satisfyingly complicated play… never less than absorbing” (The Stage).

A play that is important, if somewhat gruelling

This piece is poignant, moving and reflective

This piece is poignant, moving and reflective. O’Donovan’s writing gives these characters such depth and authenticity that their loss sears through the hearts of the audience 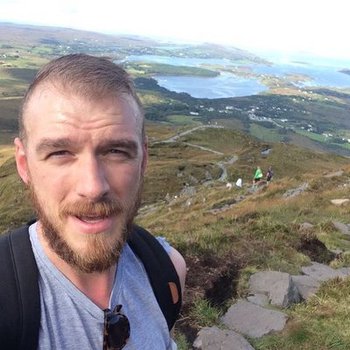