Lily and Maeve are well on their way to becoming just like their idols, Simon & Garfunkel. Admittedly, they’re not American, they’re not men and they’re not musical geniuses. But they’re not going to let a few technicalities get in the way of their dreams.

Inspired by music documentaries, Stars in their Eyes, Comic Sans and polo-neck jumpers, Good Friends Lily and Maeve lip-sync, dance and juggle their way through this riotous examination of fame and failure.

Shades of Mediocrity has been supported by Theatre Deli, Camden People’s Theatre, and Birkbeck Centre for Contemporary Theatre. 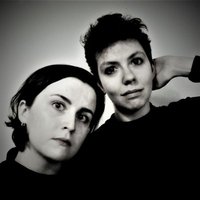