The soufflé is on the rise, the rosé is on ice, and they have murder on their minds. But will the sisters get to give their darling mother the ultimate present, or does she have other plans…?

Mother’s family home – Pen Hera Heights,- sits high above the crashing waves below. A house of a hundred rooms , generally unused and forgotten. What secrets lurk behind those doors? What isn’t Mother telling her darling daughters? And will this evening be the night that all is revealed...?

'Mother must die?!' was devised by Fantastic Garlands for the London Horror Festival in 2019 and is darkly comic tale of secrets, lies and family ties, described as 'a fast-moving and pleasantly grotesque way to spend the best part of an hour' which 'gets in, achieves its goal and gets out while the audience is still laughing by London City Nights.

I would not quite write off Fantastic Garlands, as Rodliffe and Thompson clearly have talent, as well as imagination 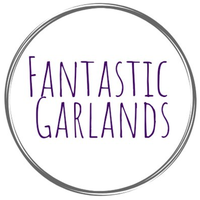