Kate and Guy have a pretty perfect life in New York, but would a baby make it even more perfect? If they don’t try soon, it may be too late. The problem is, babies are expensive, and messy, and then there’s the environmental impact. And look how having Lola has changed their friends Zoey and Hugh’s lives. Scary.

A month later Kate and Guy are pregnant, and Maybe, Probably follows their tribulations as they attempt the impossible task of controlling their current and future circumstances as parents. As Kate attempts to know more than her obstetrician, Guy tries to game the odds at the racetrack with Hugh.

Maybe, Probably is the Winner of the Moondance International Film Festival for Best Stage Play and was named a Finalist for the Reva Shiner Comedy Award. The play was developed in part through readings at the Goodman Theatre, the New Group, the Lark Playwright Development Center, New Century Theatre, and in workshops at The Drilling Company and the Florida Repertory Company.

*We welcome parents with babies at our special matinees performances on the 6th and 13th of October. These performances will be relaxed and babies (aged a year and under) can accompany parents. 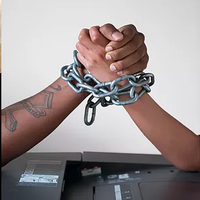