Meet Nelly Power, local Islington lass and huge star of the Victorian Music Hall. Principal Boy, Male Impersonator, Burlesque Act, she did it all and did it all well. She was adored by an army of fans, owned 2 houses and had a jewellery collection worth some £175,000 in today’s money.

In 1882 she departed from her usual style to sing “The Boy I Love is Up in the Gallery”, a romantic ballad written by her agent, George Ware that was a huge hit.

In 1885 up and coming teenager Miss Marie Lloyd took the song and made it her own, propelling herself to international superstardom. Her agent was also George Ware.

In early 1887 Nelly died in relative poverty. There were 4,000 people at her funeral but there was not enough money left to pay for it.

Whilst the suffragists are outside the theatre, in an era where women had little power and independence, Nelly tells the tale of the Victorian Melodrama that was her life with humour, song and a little touch of bitterness!

Fresh from success and 4 Star reviews at the Edinburgh Festival Fringe, Blue Fire Theatre Co. are thrilled to be bringing Nelly home to Islington and especially pleased to be at the Old Red Lion the sort of venue Nelly would recognise all too well. 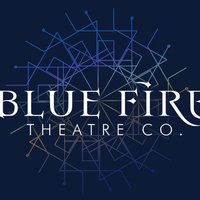