Best of the West End
21 October 2022  ·  Follow on Stagedoor
“The nation’s favourite TV show becomes a brand new Great British Musical. Rises in the West End for 12 weeks only!”

Come and take a peek inside the tent at this new musical sensation, perfect for the whole family! Rises in the West End for 12 weeks only from 25 February 2023.

Five years in the making and in association with Richard McKerrow, the creator of the exceptionally successful Great British Bake Off TV series, the nation’s favourite baking show has been magically reimagined into a perfectly formed musical-comedy. Complete with eight amateur bakers - including a carer, a policeman, an Italian fashionist, a sixth form student and more - plus the most delicious original score; this is the ultimate stage showstopper!

Follow the trials and tribulations of our competitors, all with their own special stories to tell and as unique from one another as their marvelous baked creations. Find out who will triumph as Star Baker, and who will fall foul of a soggy bottom. Expect heartwarming characters, ounces of laughter and mouthwatering music in this brand-new and original British musical, suitable for the whole family - from your children to your grandparents to your neighbours.

This adrenaline-fuelled, uplifting, funny new British musical which captivated the audiences at the Everyman Theatre in Cheltenham this summer is directed by Rachel Kavanaugh (Half a Sixpence, Wind in the Willows) and features new songs by "one of musical theatre's most dynamic" hmulti-award-winning duo Jake Brunger and Pippa Cleary.

Age recommendation:
This production is suitable for all ages. Under 3s will not be admitted. Under 16s must be accompanied by and sat next to a ticketholder 18+.

Great British Bake Off is currently available to book at London’s Noel Coward Theatre from 25 February to 15 May 2023. Timing is everything in the Bake-Off tent, so don’t run out the clock – book your tickets now to avoid disappointment.

Great British Bake Off is now an irresistible West-End musical. Following the fortunes of eight hopeful bakers who enter the iconic white tent, as well as a witty presenter and two legacy judges, the show will guide you through a Bake Off journey like no other. As the hopefuls put on their aprons and prepare their recipes, who will rise to the top to be the coveted Star Baker, and who will collapse under the pressure?

They will be joined by Olivier nominees Claire Moore and Charlotte Wakefield, as well as Catriana Sandison, Damian Humbley, Jay Saighal, Michael Cahill and Aharon Rayner. Additional casting is yet to be announced.

The Great British Bake Off musical was first developed in Cheltenham by Mark Goucher, CEO of Cheltenham’s Everyman Theatre. Mark has produced over 50 West End musicals and plays and over 100 major UK tours. His credits include Hairspray, The King’s Speech and Priscilla, Queen of the Desert. 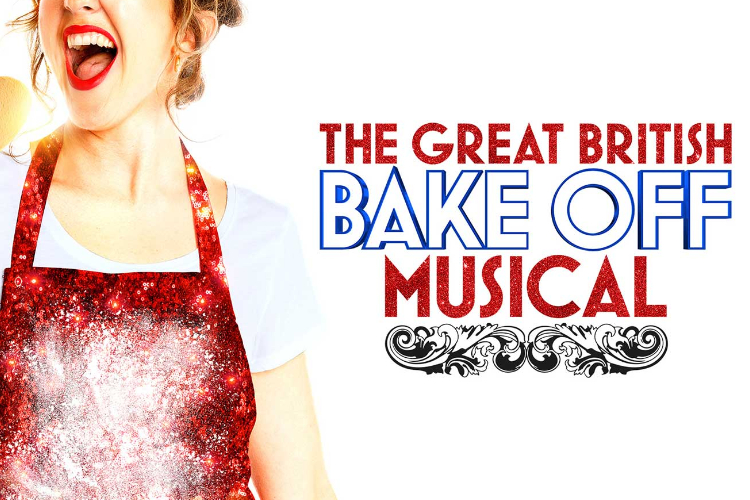