Lyn Gardner
2 November 2022  ·  Follow on Stagedoor
“Playwright James Graham has a gift for illuminating pivotal, but sometimes forgotten or overlooked moments in history, and shining a light on them in a way that makes us look at ourselves and the times we live through. His latest, co-produced by Headlong and directed by Jeremy Herrin, looks back to 1968 and the presidential election which Republican Richard Nixon won. But like the 2015 documentary of the same name which inspired it, Best of Enemies focuses on the 10 televised debates between William F Buckley Jr and Gore Vidal. They were by all accounts rivetingly great TV, but did they change the nature of political discourse forever? And was that change for good or ill?”

Inspired by the documentary by Morgan Neville and Robert Gordon. James Graham’s sold out, multiple award-winning and critically acclaimed new play Best of Enemies transfers to the West End this autumn.

“A man should never turn down two things. Sex, and appearing on television.”

1968 – a year of protest that divided America. As two men fight to become the next President, all eyes are on the battle between two others: the cunningly conservative William F Buckley Jr., and the iconoclastic liberal Gore Vidal.

Beliefs are challenged and slurs slung as these political idols feud nightly in a new television format, debating the moral landscape of a shattered nation. Little do they know they're about to open up a new frontier in American politics, and transform television news forever...

Best of Enemies is the bold new play by James Graham whose celebrated new BBC drama Sherwood has just concluded its first series and recent stage successes include Quiz, Labour of Love and Ink. His work makes him one of the UK’s most exhilarating and celebrated writers. Best of Enemies is directed by award-winning Jeremy Herrin (The Glass Menagerie, This House, People, Places and Things).

Content:
This show contains themes of racism, homophobia and violence.

Best of Enemies transfers to the West End’s Noël Coward Theatre after a hugely successful debut at the Young Vic. Inspired by Robert Gordon and Morgan Neville’s 2015 documentary, the play tells the story of two political opposites and the debates that captured the attention of a nation during the 1968 United States presidential election. This exciting new London show will star Zachary Quinto and David Harewood as Gore Videl and William F. Buckley Jr.

Garnering five-star reviews and multiple awards, Best of Enemies became a hot ticket during its time at the Young Vic and is bound to be in demand when it hits the West End from November 14. Book tickets now and be one of the first to see this fantastic new production.

Best of Enemies explores a fascinating period of America’s political history and a series of debates that encapsulated the political landscape of a nation. The year is 1968, and as two men battle for the position of President, the attention of America is on another competition: a series of debates between intellectuals Gore Videl and William F. Buckley Jr., televised for all to watch. Videl’s left-wing values come up against Buckley’s right-wing doctrine in a fierce battle of beliefs that, unbeknownst to the two of them, are about to change televised news forever.

Zachary Quinto stars as Vidal in this new London show. Quinto is best known for his roles onscreen as Sylar in Heroes and Spock in Star Trek. He has starred in stage productions of Angels In America and The Glass Menagerie, and most recently joined the cast of Who’s Afraid Of Virginia Woolfe at the Geffen Playhouse, Los Angeles. Best of Enemies marks his West End debut.

David Harewood will play Buckley. Best known for his roles as David Estes in Homeland and Martian Manhunter and Cyborg Superman in Supergirl, Harewood has received an OBE for services to drama. Transferring with the production from the Young Vic, Harewood has been praised for his fascinating portrayal of the conservative Buckley.

Best of Enemies boasts a script by acclaimed writer James Graham. Graham has written for celebrated TV projects such as Sherwood and Brexit: The Uncivil War. His stage credits include In This House and Labour Of Love. Best of Enemies is directed by award-winning director Jeremy Herrin.

The show is based on the Academy Award-nominated documentary Best of Enemies by Robert Gordon and Morgan Neville, which premiered at the 2015 Sundance Film Festival.

Best of Enemies comes to the Noël Coward Theatre from 14 November. Winner of the Critics’ Circle Best New Play 2022 award, it promises to be an exhilarating night of theatre that reminds us how important it is in these divisive times to listen to one another. Fifty years on from the 1968 election by which it is inspired, its message is just as relevant as ever.

Book now to see this celebrated production as soon as it hits the stage.

A thrilling and revealing look

A topical treat that fizzes with angry energy

Pushes the boundaries of what can be done on stage

A fascinating moment captured with immense intelligence and verve

Zachary Quinto is a superb addition to this fiery, thought-provoking political drama

Please note:
Under 3s will not be admitted. All children attending must have their own ticket and be able to occupy their own seats. Under 16s must be accompanied by and seated with an adult. Latecomers may not be admitted until a suitable break in the performance.
Runtime: 2 hrs 24 mins 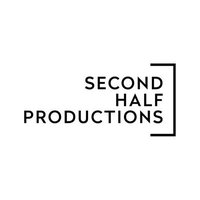 Stage Savvy: Can you separate theatre from politics?