In 1969, man walked on the moon. That was quite good. In 1550 BC, an old man built a pair of wings from wax and feathers and sailed across the bay. That was alright. In 1783, for the first time, the human race took flight. And nothing would ever be the same again.

On November 21st in the year of our lord 1783, Jacques and Joseph Montgolfier watched a creation that was lighter than air soar away from them, in an effort to touch the face of God. Intentionally or not, this single action, this untethering of our collective dreams, led to us taking flight, in constant pursuit of the unattainable, and the unknown.

A carnival of creativity, a celebration of what mankind can achieve, told by two female performers playing the Montgolfier brothers, with live original music and musicians, physical theatre and balloons. A celebration of liveness, aliveness and live theatre. A cloud in a paper bag. It is possible. 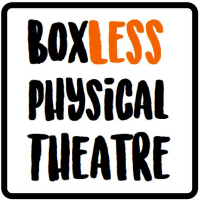