Lyn Gardner
24 January 2022  ·  Follow on Stagedoor
“I only discovered recently that Kandinsky are not as I had assumed named after the Russian abstract artist, but rather after a cat. Well, this is a theatre company that is often the cat’s whiskers. Director and producer/dramaturg partnership James Yeatman and Lauren Mooney have an eye for the quirky, the surprising and the off-kilter. Every show is a surprise, ranging in subject matter from dinosaurs to council housing, but always boasting a strong and distinct theatrical language and underpinned by a rare thoughtfulness. This latest goes back in time to consider the impact of WW2 and its legacy on the intergenerational divides which have manifested themselves in Brexit and during the pandemic.”

At the height of the Blitz, Charlotte is in a passionate affair with a Spitfire pilot, fighting fascism in red lipstick and living each day like her last.

Eighty years later, her granddaughter Becky is stuck in her hometown, cooking dinners for her dad and singing old songs at other people's weddings, dreaming of a better time.

The 1940s are more real to Becky than her life, but when a friend moves back to town, she's forced to face the present. What happens when there’s no war left to fight? 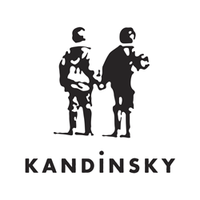