Lyn Gardner
11 April 2019  ·  Follow on Stagedoor
“Set in a shabby post-war Britain where returning black servicemen find they are treated very differently than they were during the war, there has been some criticism that this adaption of Andrea Levy’s glorious novel has so few creatives of colour attached. But the novel should be well adapted by Helen Edmundson (whose previous NT adaptations include the superb Coram Boy and the ambitious War and Peace). This tale of ordinary people buffeted by the shifts of history and migration will surely fill the Olivier stage with rich detail in Rufus Norris’ production.”

Trending Off West End
17 May 2019  ·  Follow on Stagedoor
“An epic saga of hope, humanity and stubborn realities. Performed by a cast of 40, this big-scale adaption of Andrea Levy’s novel follows three intricately connected stories that journey from Jamaica to Britain, through the Second World War to 1948 – the year the HMT Empire Windrush reached the UK. Strong reviews from critics & users. There's only a handful of tickets left in advance, but you can enter the National's Friday Rush for £20 tickets!”

A company of 40 tells a story which journeys from Jamaica to Britain, through the Second World War to 1948 – the year the HMT Empire Windrush docked at Tilbury.

Adapted for the stage by Helen Edmundson, Small Island follows three intricately connected stories. Hortense yearns for a new life away from rural Jamaica, Gilbert dreams of becoming a lawyer, and Queenie longs to escape her Lincolnshire roots. Hope and humanity meet stubborn reality as the play traces the tangled history of Jamaica and the UK.

Needed, and important, and excruciating to watch in a majority-white audience with slurs hurled about with increasing abandon

Fragile intimacy in a passionate engagement with the past

Gripping story of Windrush generation has kept its power

From a novel dealing with the past, Norris, Edmundson and Levy have given us a play for today

Although the tale is rather plodding, the characterization is vivid if a touch stereotyped, especially in the numerous comic moments 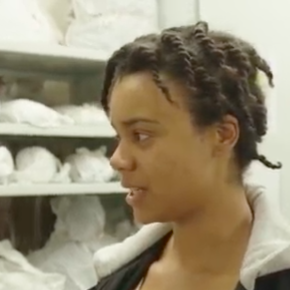 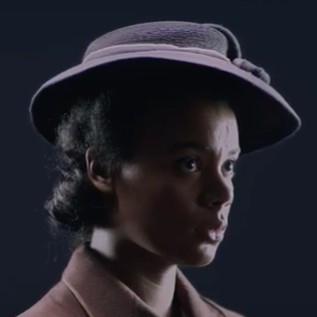