Being the one in the middle can often be hard, but it is exacerbated for Claire because her little sister Kayla is severely disabled which places pressures upon the family and her parents’ marriage. Young Claire sometimes resorts to wearing ear plugs to block out the sound of her sister’s screaming.

Winner of the inaugural Sit Up Award, a new Edinburgh fringe initiative designed to celebrate and support theatre with a social impact, Murdoch’s play is a clear-eyed unsentimental account of growing up with a disabled sister. It’s good on the guilt that ensues when your life starts to take wings but you know that your sister will never fly. That you will leave home, but your mum will stay at home caring. 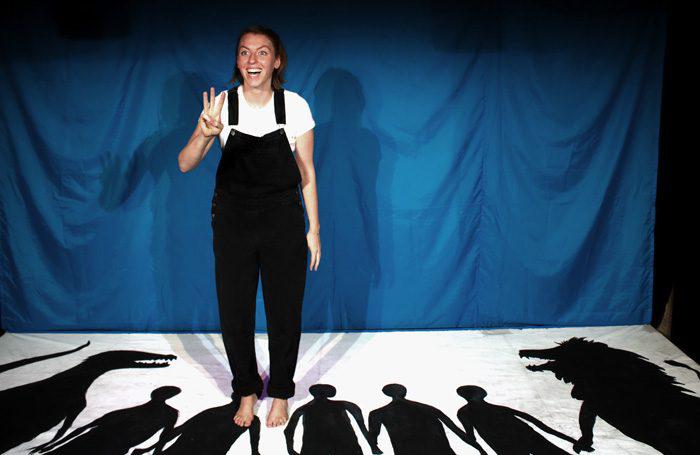 It’s a mite clunky in the staging, which employs giant alphabet blocks to too little purpose, but its simplicity is affecting, and Murdoch is scrupulously honest as she considers the nature of altruism, selfishness and the mechanisms of survival.

In what you can only assume is an autobiographical show, Murdoch returns to her childhood to show how the past makes the present. But memory proves much more treacherous in Thrown, Living Record’s binaural headphone show, written by Jodi Gray, in which a child psychologist (terrific performance from Jill Rutland) pieces together her increasingly fragmented memories and tries to record something she has spent a life time trying to forget. 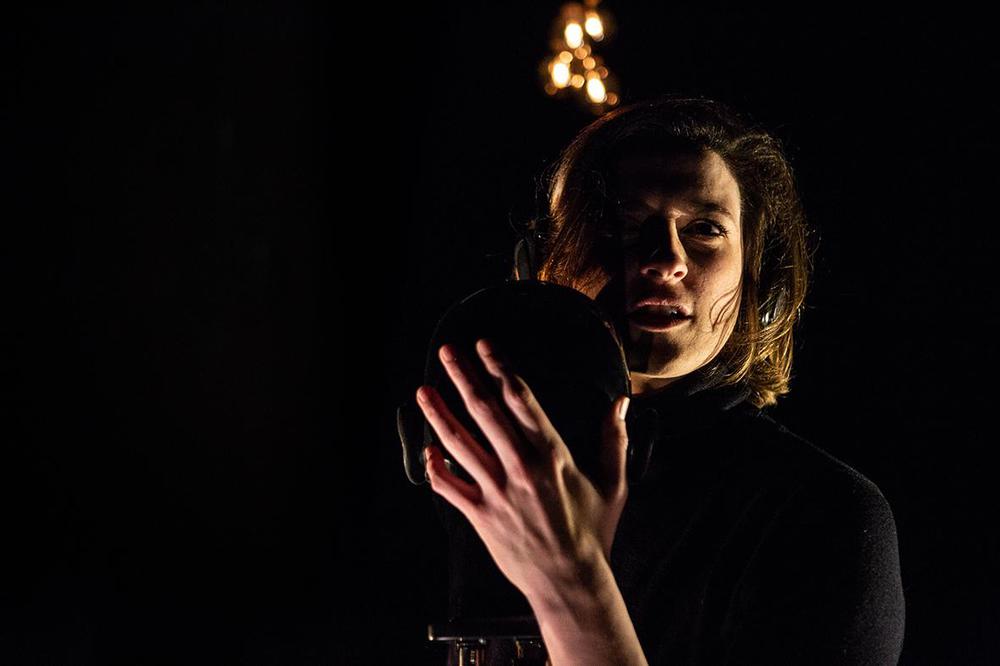 With its glowing bulbs in the dark, this looks great and it sounds even better as a voice whispers in your ear and the question is asked: what is the moment that childhood ends? The show’s fragmentary nature sometimes ensures that meanings remain either clouded or elusive, but one of the things it does very well is act as an aide memoire to your own childhood, making you grope backwards into the darkness like a blind person seeking the light. 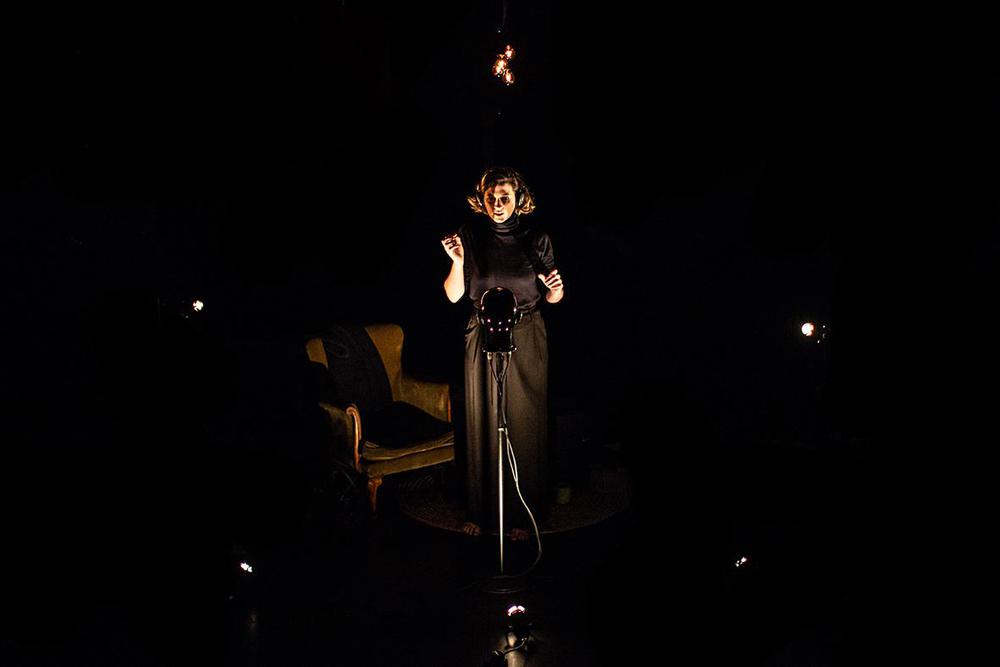 The nature of Thrown means you are willing to forgive some dramaturgical confusions but that’s harder in Maud Dromgoole’s 3 Billion Seconds, and all the harder because this is nearly very good indeed. Rhiannon Neads and Tayla Kovacevic Ebong play Daisy and Michael, two population activists with a facility for maths, who suddenly discover they are going to have a baby.

The title refers to the expected life span of a child born in the UK today and that life-span will result in 160 times more greenhouse gas emissions than a baby born in Ethiopia. Daisy wants to have her baby, but she also wants to mitigate the effects of bringing a child into the world.

This increasingly dark comedy begins and ends very smartly indeed but lost me at times in the middle and I never quite believed the way the characters behave. You really need to like Daisy more to go along with her insanely ridiculous idea that gives off-setting a sinister new twist. But it’s such a brilliant idea for a play and one that constantly raises questions about the selfishness of bringing a child into the world. 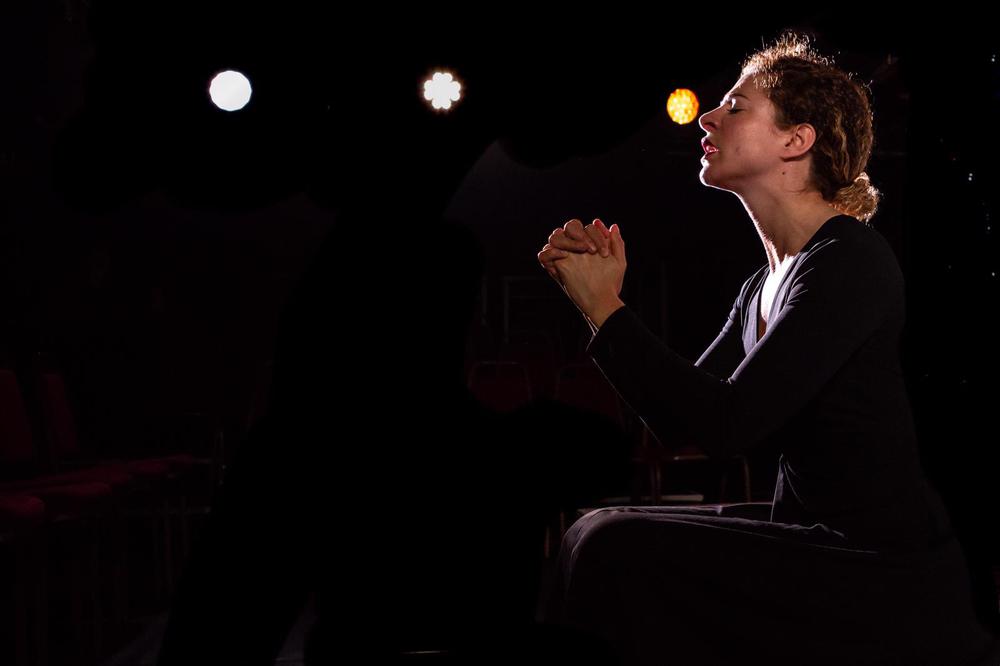 Few productions at the Vaults are as well designed as Pufferfish which, courtesy of Charlotte Espiner, looks terrific with torsos hanging from meat-hooks over a marble altar that also doubles as a kitchen work top and fish tank. It’s well worth sitting in the from row for this one so you can see the projections.

Although you might not want to hear all the descriptions of dismemberment in Nick Bruckman’s play about serial killer Jeffrey Dahmer and his victims, the play tries to sidestep any accusations of sensationalism right from the start by acknowledging the audience’s fascination with true-life crime. It is undoubtedly niftily directed and smartly performed by Jackson Milner as a creepy, soft-spoken Dahmer, Arian Nik as Chris—a young man who loves to dance—and Asha Reid as Chris’s over-protective and emotionally needy older sister. 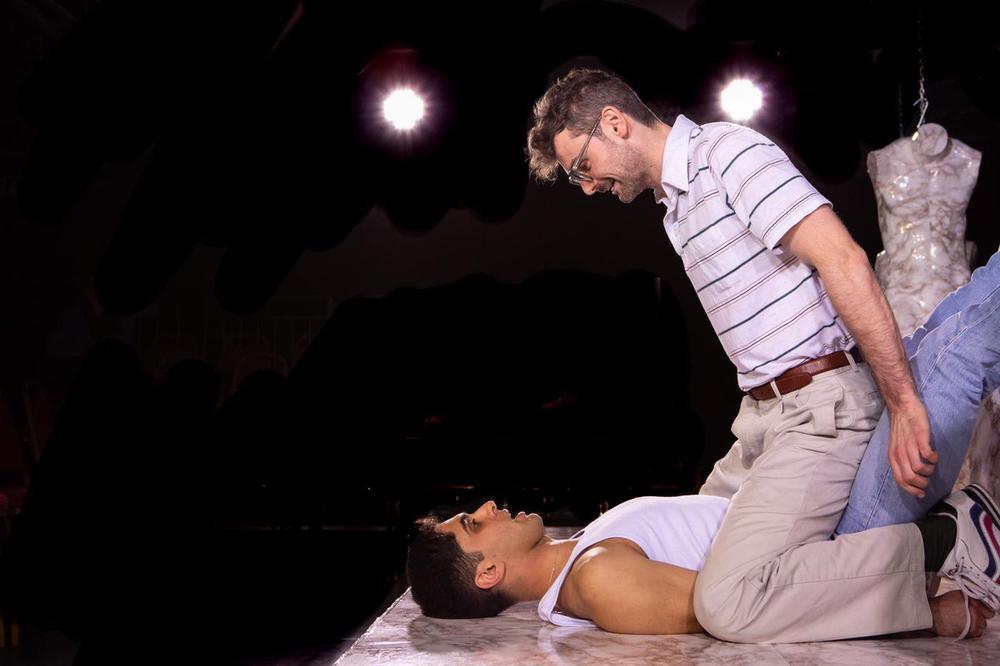 Everyone here is looking for love, looking to feel something, trying to keep people closer, a form of ownership. But the idea that Dahmer’s brutal murders of 17 young men was anything approaching an act of love—even a warped one—strikes me as repugnant.