The Tell-Tale Heart: the eyes have it

That Anthony Neilson is a sly one. Smart too. His latest piece, the Tell-Tale Heart at the National Theatre’s Dorfman space, takes Edgar Allan Poe’s creepy 1843 story of madness and murder and gives it a contemporary spin.

In Poe’s original the protagonist kills his landlord in an apparently motiveless crime and buries the body under the floorboards. But the murderer is haunted by the constant sound of a beating heart. Is the noise real or the insistent thud of guilt? 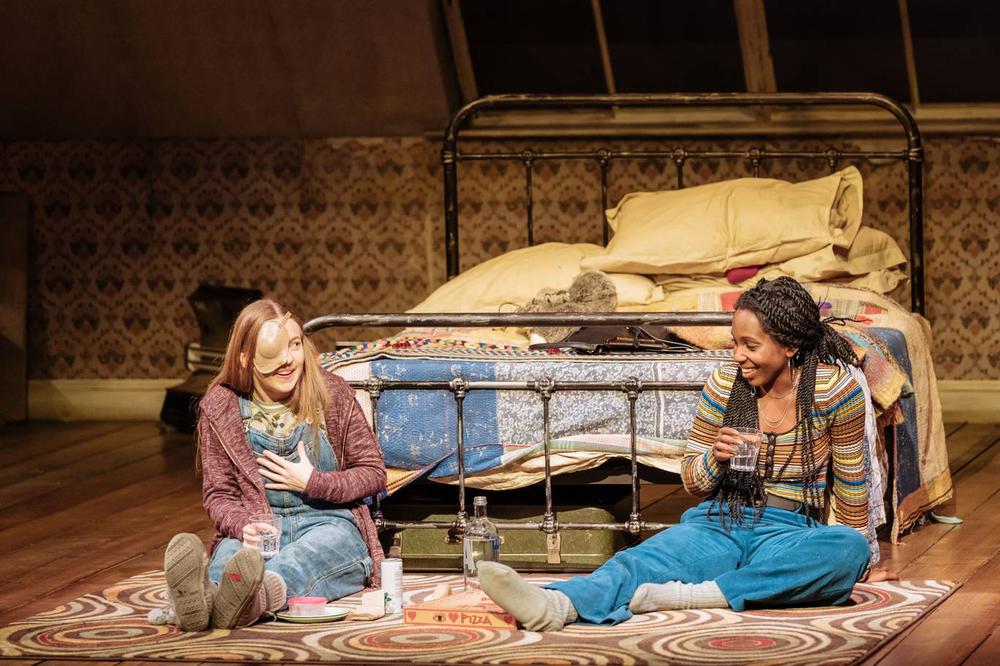 Imogen Doel and Tamara Lawrance in The Tell-Tale Heart. Photo by Manuel Harlan.

The landlady has a congenital eye condition which she hides behind a mask, but as the women’s relationship develops the playwright is insistent that she should remove the patch. But what if the writer, who is prized for seeing the world with her distinctive gaze, cannot bear being looked at herself? Like all of us, she doesn’t want the world to see her deformed heart. The show is itself is niftily structured as a playful deception.

The gothic horror of Poe’s original is fully embraced, particularly in Francis O’Connor’s genius design in which scudding thunder clouds and a glowering moon can be glimpsed behind huge skylights windows and where the secrets of the bathroom are revealed. But it is over-laid with a deliciously comic edge, and Neilson’s trademark application of the surreal is superbly employed to examine how the mind plays tricks on us. He also introduces a camp, musical theatre-loving policeman (David Carlyle) who comes in the grand tradition of policemen who are less plodding than they appear.

But then nothing is quite what it seems in an evening which constantly plays around the edges of fiction and reality, eggs and eyes, being asleep and awake, seeing and not seeing, truth telling and lying. Including lying to yourself. This is very funny on the mechanics of theatre itself and the self-obsessions of the industry including a hilarious voice message from somebody called Barnaby in the NT’s literary department. This is a show which enjoys having fun at theatre’s expense, and its po-faced liberal pretentions which disguise the truth. 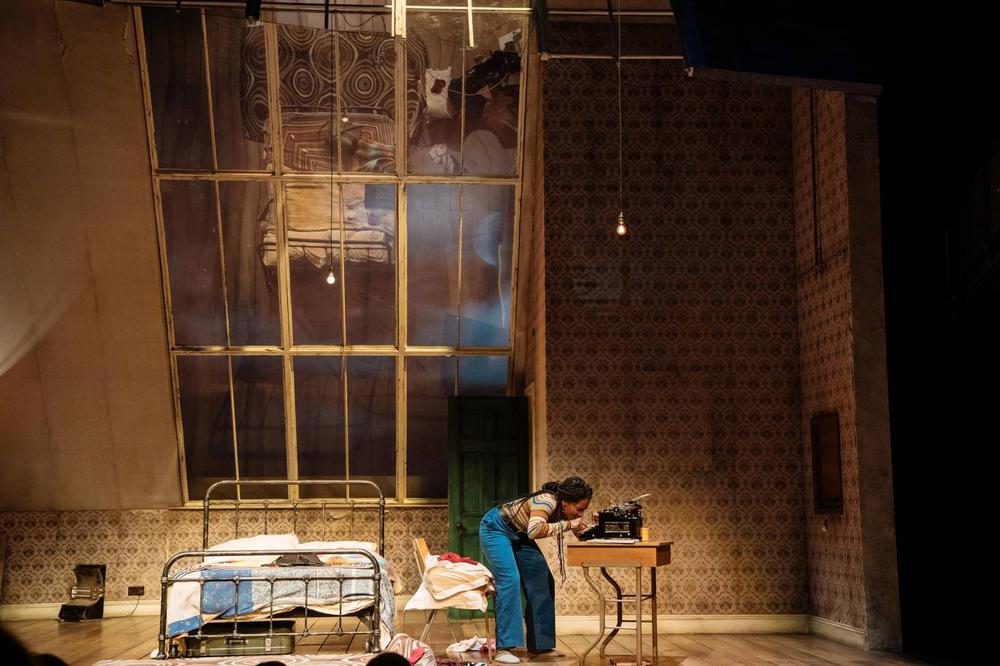 Set design by Francis O’Connor for The Tell-Tale Heart. Photo by Manuel Harlan.

You can enjoy this as a piece of shlocky horror which expertly employs horror tropes including a sinister dumb waiter and which has moments of gasp out loud shock as well as plenty of giggles. But it is also sharp on the way we say one thing but feel something else entirely.  Doel’s landlady -a woman with no filters- provides a contrast to the dissembling playwright who is concerned only with appearances.

I may be way off beam, but I wondered too whether the whole thing might be viewed as a piece about the way that writers, forever on the look-out for something to write about, cannibalise their own and other people’s lives and in the process murder the truth. In the playwright’s case, like Macbeth, she murders sleep too.

However you read it, there is no doubting the strength of the performances or that this is a deliciously nasty Xmas treat, both sparky and spooky.

Tip: you can follow your favourite directors, like Anthony Neilson, on the Stagedoor app. When they next have a show on in London, it will automatically appear at the top of your personalised recommendations.