In these difficult times it’s good to have something to celebrate. So the arrival of a brand-new theatre The Greenhouse in Canary Wharf should raise a loud cheer.

London’s latest theatre isn’t, however, a permanent theatre but rather a pop-up, which as its name might suggest is a zero-waste structure made entirely of reused materials that have been rescued or reclaimed. It looks a bit like a magical and slightly eccentric garden shed constructed in do-it-yourself fashion from a cube of triangular lighting truss, octagonal timber walls and a corrugated PVC roof. It uses no electricity and is naturally lit, and its socially distanced seating makes it Covid-safe. Tickets for all three of this summer’s shows—a production of As You Like It and two contemporary plays which will play in rep-- are on a pay what you can basis.

When Greta Thunberg talked about how in order to tackle the climate emergency we must act “as if our house is in fire” she may not have had rushing out to stage theatre in mind. But the Greenhouse’s artistic director Oli Savage reckons that art can be a form of activism, pointing out that surveys show that 80 percent of people are worried about the climate emergency and the impact it will have on their lives: “People know, but it is hard to deal with something that enormous. Storytelling and emotional connection can help. They can help guide us beyond knowledge to action.” 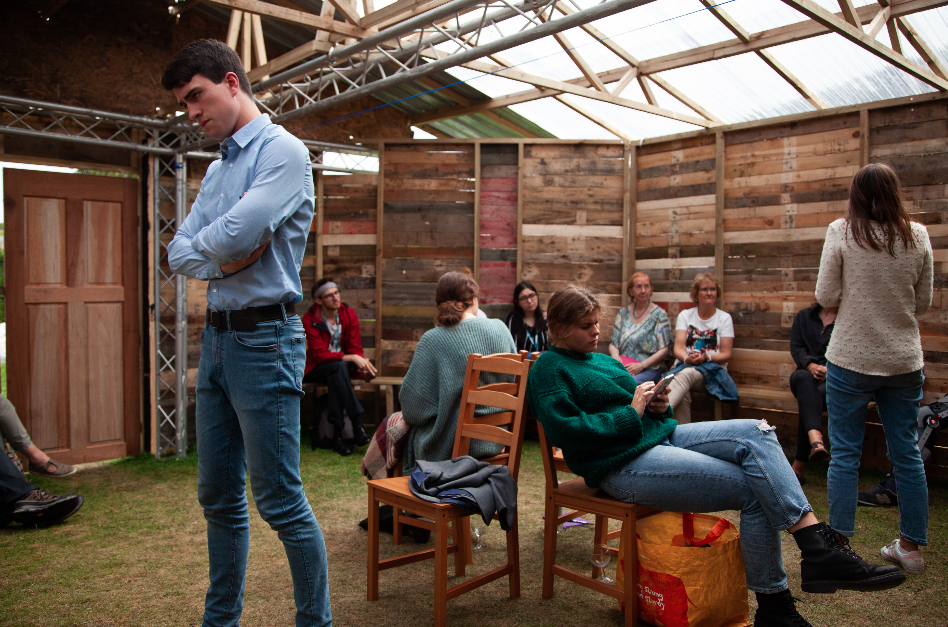 From The Wind at The Greenhouse.

He says that there are many different ways to be an activist, and numerous ways the problem must be addressed.

“Extinction Rebellion is one way, but we need to engage in other ways too. We need to engage with everyone, including those who were furious when Extinct Rebellion stopped the trains so they couldn’t get to work.” He sees The Greenhouse as a shared space, where audiences and actors can think and feel and work out their shared response. “Sometimes yelling can be good but sometimes when you yell, people just yell back and everyone gets angry, nobody is heard.”

Indeed, while the Greenhouse demonstrates the possibilities of creating theatre in a sustainable zero-waste way (something that our old, often crumbling infrastructure of theatres finds it difficult to address) it doesn’t stage plays that are directly about climate crisis. 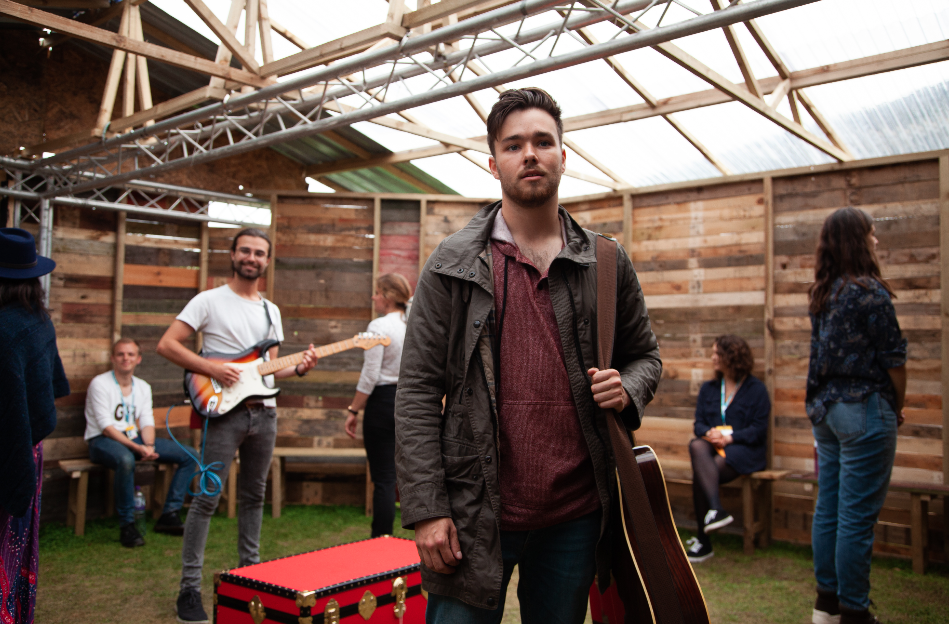 “It not about giving people facts, people already know plenty of facts.”

Instead, the company comes at things more obliquely. Savage’s own production of As You Like It is a case in point, chosen because it is a play that has “the natural environment right at its very heart and which shows that our relationship with nature can be a tricky one.”

Henry Roberts’ 12 takes its title from the 12 year span that back in 2018 the UN said we had to avert climate catastrophe, but takes the form of love story about two people staying together as everything falls apart. Henry Sever’s Hjem (the Norwegian word for home) is a modern folk story about the stories we tell.

Savage argues that the Greenhouse “is a highly visible example of what we can achieve when theatre has a change of mindset and incorporates sustainability and the environment into everything it does. It doesn’t compromise the art. Sometimes it creates constraints, but those constraints can make you more creative because you have to be.” 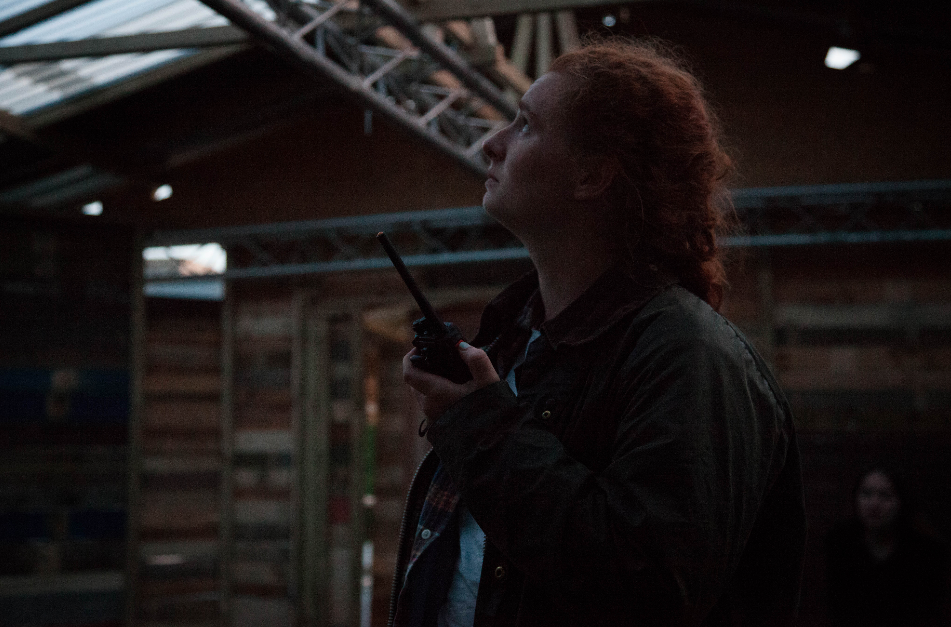 He thinks that every theatre and theatre company needs to think hard about how they can be more sustainable, and that might involve doing less and going slower.

“Sometimes it takes us four days to source a prop when we could get it on 24 hours if we used Amazon.” More organisations need to put sustainability at the heart of what they do and part of that is changing their practices.

“Currently they say ‘this is what we do and these are the shows we are going to put on’ and then they go ‘how can we be more sustainable in doing that’. But if you put sustainability at the centre it immediately changes what you do and the shows you stage. It’s about making a choice and saying we think this is important.”

Savage has faith that theatre will rise to the challenge.

“Theatre is an ingenious and creative art-form. It can do this.” It’s going to have to, because as Savage points out: “We need art, and art can be an agent for change, but if we don’t act on the climate emergency nobody will be staging theatre and there will be no art.”

You can book for all three shows here.