Sh!t Theatre: "We are gripping on through a combination of luck and bloody-mindedness."

Lyn Gardner interviews the hardworking live art duo about their new musical Evita Too, as it opens at Soho Theatre.

You’ve heard of Eva Peron, right? Of course you have. You’ve all seen Andrew Lloyd Webber and Tim Rice’s musical, Evita, about the second wife of Argentinian president, Juan Peron, who rose to power with her husband. She was reviled by some and beloved by many, and died aged 33, just as she was hoping to seek the vice-presidency.

But what about Isabel Peron? Isabel, or Isabelita, was the third wife of Juan Peron and she is at the beating heart of Evita Too, a brand new “mega musical” opening at Soho Theatre this week created by Louise Mothersole and Rebecca Biscuit, better known as Sh!t Theatre.

Mothersole and Biscuit hadn’t heard of Isabel either until they were told about her by a theatre technician while on tour. But when they started researching, they couldn’t stop. Maybe Andrew Lloyd Webber will be kicking himself for missing the opportunity of a sequel to Evita because Isabel is a fascinating and contested figure. She was both First Lady and Vice-President of Argentina and after her husband’s death became president in her own right before being deposed in a coup. Oh, and she kept the embalmed corpse of Evita in a glass coffin hung over her and Peron’s dining room table, which must have been a real talking point at dinner parties as they handed round the peanuts. 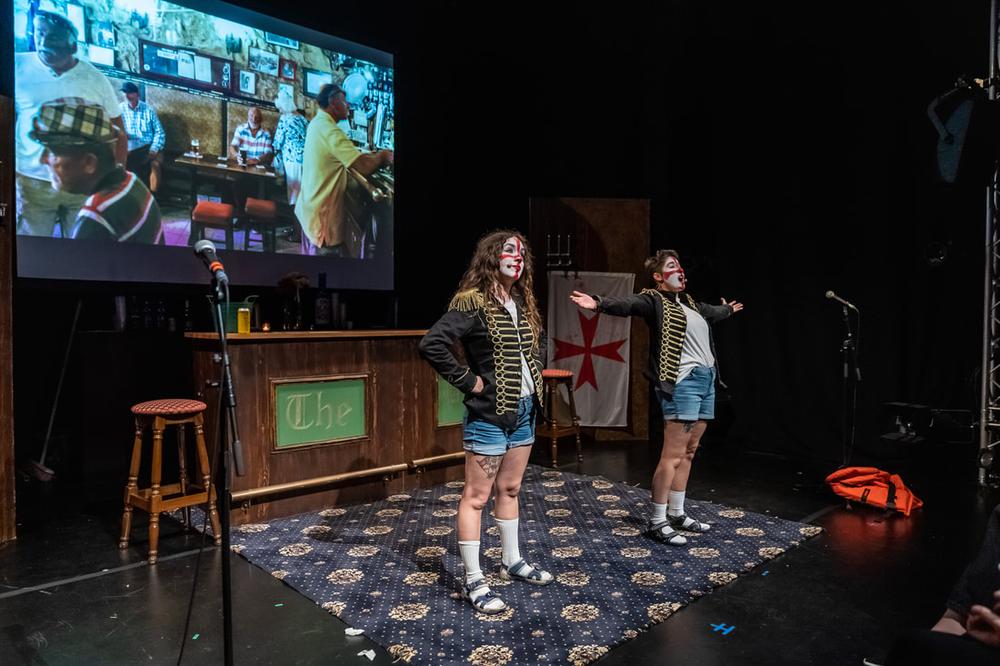 From Sh!t Theatre Drink Rum with Ex-Pats at Soho Theatre in 2019.

“It gets crazier still,” explains Mothersole. “She was really into the occult and she hired a wizard to help her but he ended up orchestrating her downfall because he was a mega-fascist. We are not making anything up. We’ve been researching for two and a half years.” They have accumulated so much material that they’ve had to leave out some interesting stuff, including that the day after she was overthrown in March 1976, Isabel was planning to sign a deal with the British government which would have given the Falklands back to Argentina but allowed the British to rent them to give the islands’ residents stability. If that had happened, the Falklands War of 1982 – widely credited with saving Margaret Thatcher’s political skin when she was under domestic attack – might never have happened. Isabel’s loss of power helped consolidate the power of another female leader.

At the heart of the show is an interrogation of female power – who has it, who acquires it and how is it maintained, what compromises are necessary, what moral concessions are made. The show feels particularly pertinent at a time when a new (and unelected, at least by the wider electorate) female prime minister has taken power and we’ve just had a funeral for the Queen, which was a massive theatrical manifestation of power and monarchy. But even two women writing a musical about a Isabel—who is largely forgotten but who is still alive aged 91 and living in Madrid where they tried and failed to meet her—says something about the stories that do and do not get told and who gets to tell them.

“The beautiful woman who is dead at 33 is an easier and cleaner story to tell than that of a woman who has lived to 91,' says Mothersole. "Becca and I are 34 now. We are older than Evita was when she died. We are now too old to die young and beautiful. We are in Isabel territory ourselves.”

The company’s last full-scale show, Sh!t Theatre Drink Rum with Ex-Pats, was a darkly funny piece with a scorpion sting in its tail. It explored the murder of investigative journalist Daphne Caruana Galicia, revealing Malta as less of an island paradise and more a seething mess of intrigue and political corruption. There was a depth and anger to that piece which signalled that Sh!t Theatre was a company whose work is still maturing in interesting ways. That bodes well for the company’s future and longevity. 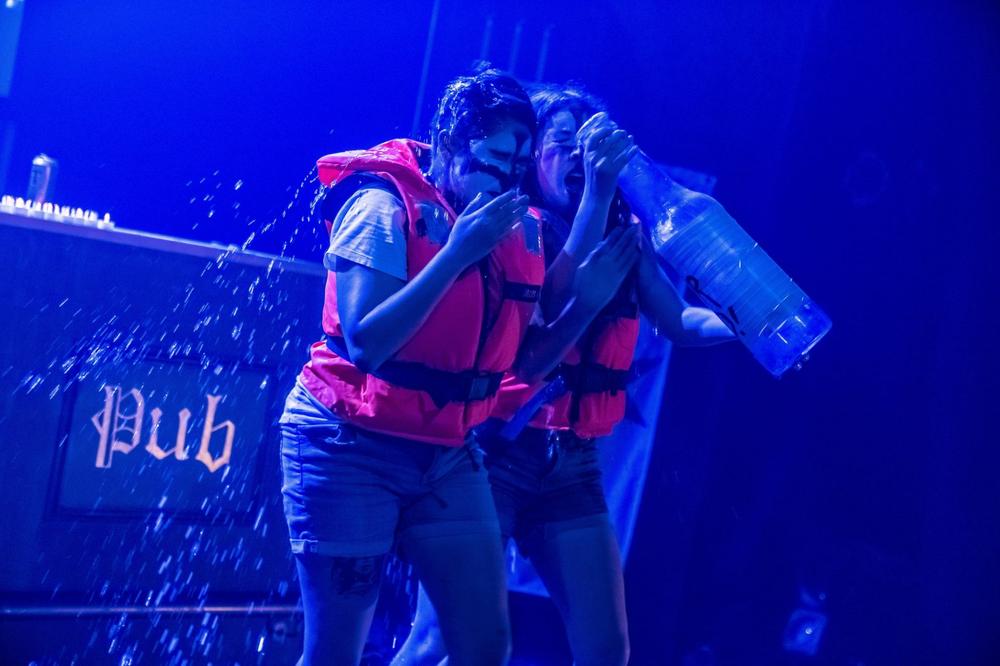 From Sh!t Theatre Drink Rum with Ex-Pats at Soho Theatre in 2019.

But that doesn’t mean it is getting any easier for the Sh!ts to make shows. Evita Too is not quite as mega as the pair would have liked. It has been necessary to scale the show back because of a failure to secure ACE funding. Despite a string of hit shows which have won them a wide following, both here in the UK and abroad, Mothersole and Biscuit are still aware that their – and the company’s – situation is precarious.

“We are still here but we are gripping on through a combination of luck and bloody-mindedness," says Mothersole. "There are so many like us. There are so many artists with so much talent, but survival isn’t just about talent, it’s about luck and timing and just refusing to stop making.”

Evita Too may well win them new fans. Maybe Biscuit and Mothersole will be hailed as the next Lloyd Webber and Rice. Maybe they will take over the West End. Maybe Evita Too will be bigger than Evita.

Apparently, Lloyd Webber is aware of the show and will be watching closely.

“We’ve been told it’s been brought to Andrew Lloyd Webber’s attention, and he will be sending people to make sure we’re not using any of his music. But we’re not, it’s all original and written by us,” says Biscuit, grinning wickedly. “There’s not a single note that Andrew has ever used.”

Cover image from Sh!t Theatre: Evita Too at Soho Theatre from 27th September through 15th October. Tickets can be found here.