Reviews: We are Shadows & Augmented Chinatown 2.0

Recently, while in the Scottish Highlands, I looked at the surrounding hills and glens and wondered at their beauty and at how they had remained unchanged for hundreds, if not thousands, of years.

Somebody from five centuries ago would recognise the landscape I was seeing. This week I stood on the streets of Chinatown in Soho and on Brick Lane in East London and was reminded how quickly cities morph and change—often in just the space of a few years—and how as we walk down London streets we walk over many histories. The past is seldom completely obliterated, it is still lurking in the shadows if you are willing to seek it out. Maybe in an inscription on a building, in the architecture, in a mural or down a dark alleyway.

We are Shadows, created by Tamasha and Coney and available through Rich Mix, is an immersive smart audio phone adventure in which Afsana Begum and collaborators take you on a journey down Brick Lane. Meanwhile over in Soho, Augmented Chinatown 2.0, available through Chinese Arts Now, is a live immersive tour that takes you behind the gates of Chinatown and reveals the realities behind the facades of the area and kills some illusions. 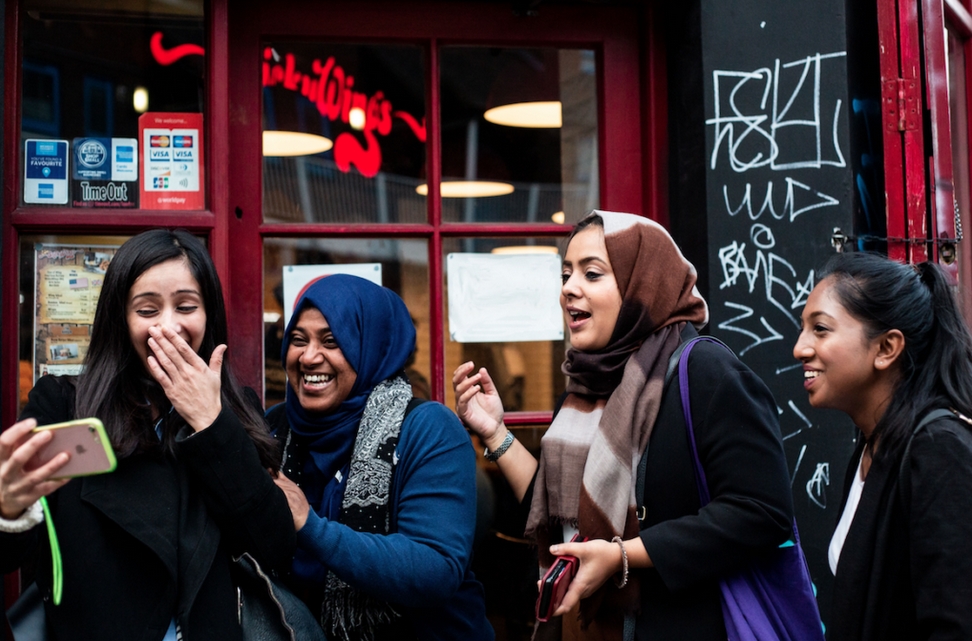 We Are Shadows. Photo by Bettina Adela.

Neither of these experiences describe themselves as theatre, but both have strong theatrical influences and dramatic elements. Augmented Chinatown 2.0 is interspersed with little playlets that allow you to dig deeper into the area as it conjures the stripper in Rupert Court who might once have met the Beatles or the man watching another man in a red shirt eating a box of egg custard tarts outside the gay bar, Ku.

In We are Shadows—which takes its name from the sundial above the Brick Lane mosque—the nooks and crannies of the neighbourhood are brought alive through stories—some gritty, some fantastical—that delve into personal histories from the Bangladeshi village firelighter who became a firefighter to a childhood Narnia-like encounter in a leather factory during a fascist march in the 1970s.

Both of these experiences are most interesting in the way they chart change and look both backwards and forwards. They are alert to nostalgia, often for something that never really existed. Soho’s Chinatown is a recent phenomenon, growing up after the Blitz destroyed the Chinese Docklands communities and left them looking for somewhere to live with cheap rents. Now Soho is expensive and new businesses and restaurants are moving in. In Brick Lane Huguenot settlers were replaced by the Jewish community who in turn were replaced by the Bangladeshi community. Now the vegan burger bars and hipster coffee shops are moving in, and the city edges ever closer. “Nothing in this city shines brighter than gold,” observes We are Shadows as it points out that the history of Brick Lane is shaped by capitalism.

Both of these neatly put together pieces were made prior to lock-down so don’t obviously reflect its impact, but when undertaken in a city that remains so empty because of the virus (when in Augmented Chinatown 2.0 narrator Joel Tan extols you to “let the crowds wash over you” I smiled wryly as I stood alone in an almost empty Newport Place) they take on new resonances. We all know that early in the year the Chinese community faced vilification for what was dubbed by some as “the Chinese virus.” The successive immigrant communities of Brick Lane have all faced hostility. 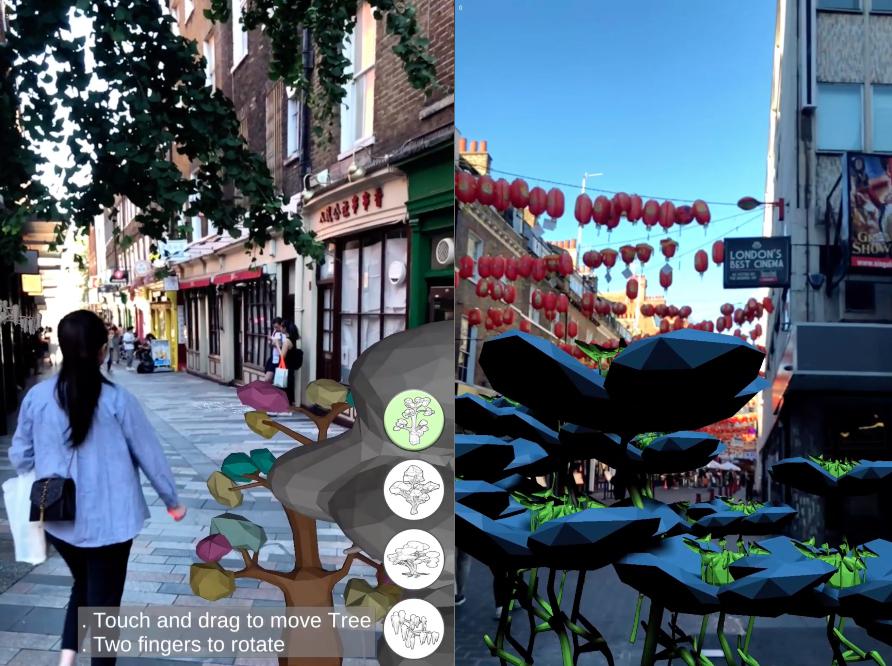 To be honest while the augmented reality element of Augmented Chinatown 2.0 and the game part of We are Shadows, in which you have to answer questions and collect stories, may well be a draw for many, I just found them a distraction. There is something slightly odd about both in the sense that they chain you to your phone and make wrestle with technology when you can discover most by really looking around you.

But both offer considerable pleasures as they allow you to uncover hidden histories and bring the past to life with a real sense of drama. In both offerings there is something infinitely touching about walking in the footsteps of those who came before and hearing and seeing how fragile the present always is and how quickly it is swept away by the ever marching future and forces outside the control of those who take up residence in particular parts of the city.

During the last six months in many ways time has appeared to stand still, but We are Shadows and Augmented Chinatown 2.0 both remind that change comes in many forms—sometimes galloping and sometimes disguised—and that this present moment through which we live will impact on Chinatown and Brick Lane and change them as surely as the past.

You can access details for We Are Shadows here and for Augmented Chinatown 2.0 here.