Under Chris Sonnex, the Bunker has proved itself an essential part of London’s new writing ecology, creating a space for stories that might not otherwise see the light of day and creating a sense of community in an area of London where gentrification and development has pushed people out.

We Anchor in Hope

It is a haven, just like the pub called The Anchor in Anna Jordan’s We Anchor in Hope, a slow burn of a play which is staged by Sonnex and designer Zoe Hurwitz by turning the theatre into a pub complete with a pool table. The brewery has called time on landlord Kenny (Valentine Hanson) but before the pub shuts its doors forever the regulars gather for one last round. Or two or three as a lock-in ensues, the beer flows until the taps run dry and the karaoke is turned up.

We Anchor in Hope is an old-fashioned play celebrating an old- fashioned idea: that people need places where they can come together and talk and support each other. The characters have long histories and long connections with each other. The elderly Frank (David Killick) knew Kenny’s dad who was the landlord before him, Pearl (Alex Jarrett) remembers being nine years old and watching her gorgeous mum flirt in the pub. Now Pearl works in the pub, and cares for her severely unwell mum. For Shaun (Alan Turkington), a construction worker, living in a hostel away from his Liverpool home during the week, The Anchor prevents isolation, and for barman Bilbo (Daniel Kendrick), brought up in care, it is the only home he has ever had. The closure casts him adrift. 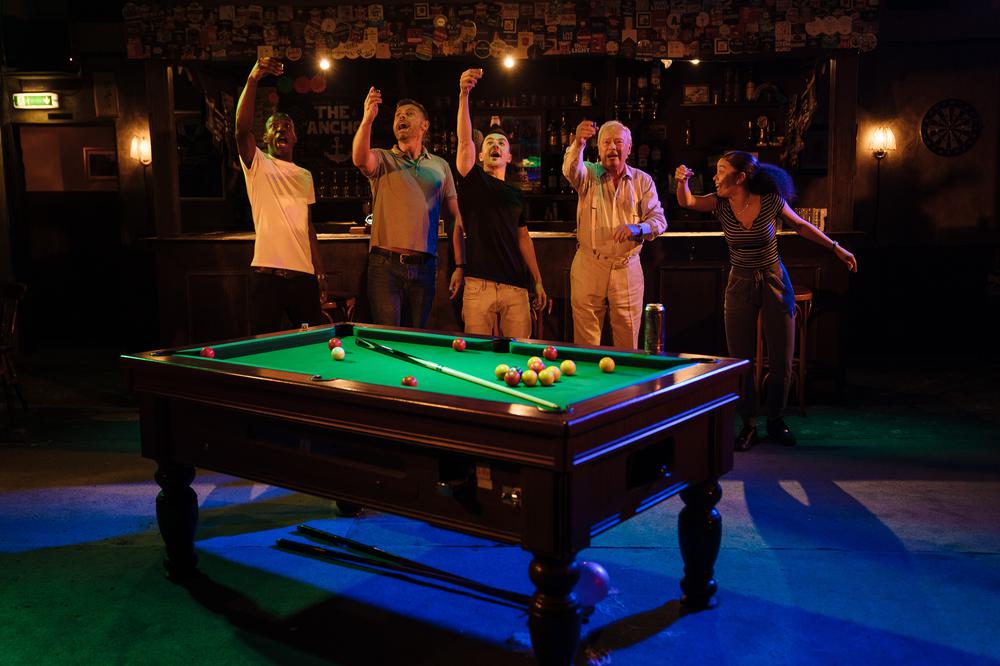 This is a quiet unshowy piece of work, and in Sonnex’s production the complexities of the relationships that start to unfurl are expressed in a glance, two people standing too close together, a turned head. What some might see as a defect turns out to be a strength: very little happens, but the relationships have understated depth.

If We Anchor in Hope is sturdy in construction, Shuck ‘n’ Jive (Soho) skitters all over the place, slip sliding away on its own exuberant playfulness, meta and structural theatre experiments, and the fact that this 75 minutes is like a nest of Russian dolls.

Written by Cassiopeia Berkeley-Agyepong and Simone Ibbett-Brown, it is effectively a series of scenes and conversations performed by Olivia Onyehara and Tanisha Spring as Simone, an opera singer, and Cassi, a musical theatre actor, both hoping to make a career in British theatre. They believe that the liberal theatre world will be a place where they can thrive, but it turns out that they are wrong because racism is everywhere. 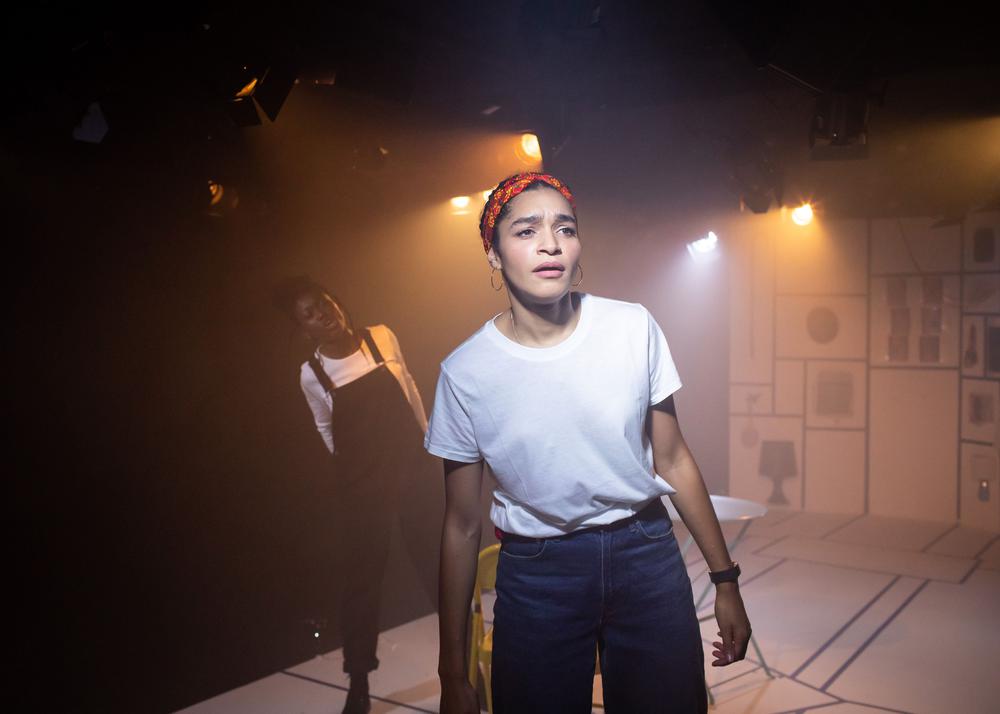 Lakeesha Arie-Angelo’s production, played out on a traverse stage with props at both ends (design by Ranya El Refaey) has a nice satirical edge and there are some sharp moments including an audition in which minstrel white gloves are added to Simone’s hands and another with a harassing man in a café.

Does it completely come off? No, because the sketch-like format gives the 75 minutes a bitty quality, and there are times when it feels stilted and self-conscious. But it is trying to do something different in the way it is using theatre as a place not for just stories but also conversations about who we are, how we experience the world and what needs to change. It’s ambition is unlimited.

We Anchor in Hope runs at The Bunker theatre until Sat 19 Oct.

Shuck ‘n’ Jive runs at the Soho Theatre until Sat 26 Oct. You can get tickets here

Tip: whenever you discover an artist you really love, you can follow them right here on Stagedoor. If you follow a writer like Cassiopeia or Simone, for example, the next time their work is performed in London it will be at the top of your personalised recommendations in the For You section of the app.