Reviews: Out of Water & The Amber Trap

You can wait a long time to see a play that puts queer women centre stage and then two come along in the same week. It’s clear that theatre and the stories it tells are slowly evolving, just like society itself.

Out of Water at the Orange Tree and The Amber Trap at Theatre 503 are as different from each other as plays about heterosexual couples are, but there are some similarities too about Zoe Cooper’s drama, set on the bleak wild coastline of South Shields, and Tabitha Mortiboy’s which takes place in a tiny corner shop somewhere on the outskirts of Manchester.

What both share is a dreaminess as if the inner emotional landscapes of the characters are being given external presence, a quiet evocation of everyday life, and a gentle, layered look at acceptance and self-acceptance and how a queer relationship can be brutally disrupted by the outside eye, particularly the male gaze.

“You made me watch,” complains Michael (Misha Butler) in The Amber Trap about the gay relationship between shop-workers Katie (Olivia Rose Smith) and Hope (Fanta Barrie) whose unobtrusively expressed relationship is played out amidst the Cheerios and the confectionary. But it is 18-year-old Michael who is doing the looking and who casts himself as a knight on a white charger to save Katie from herself and Hope. 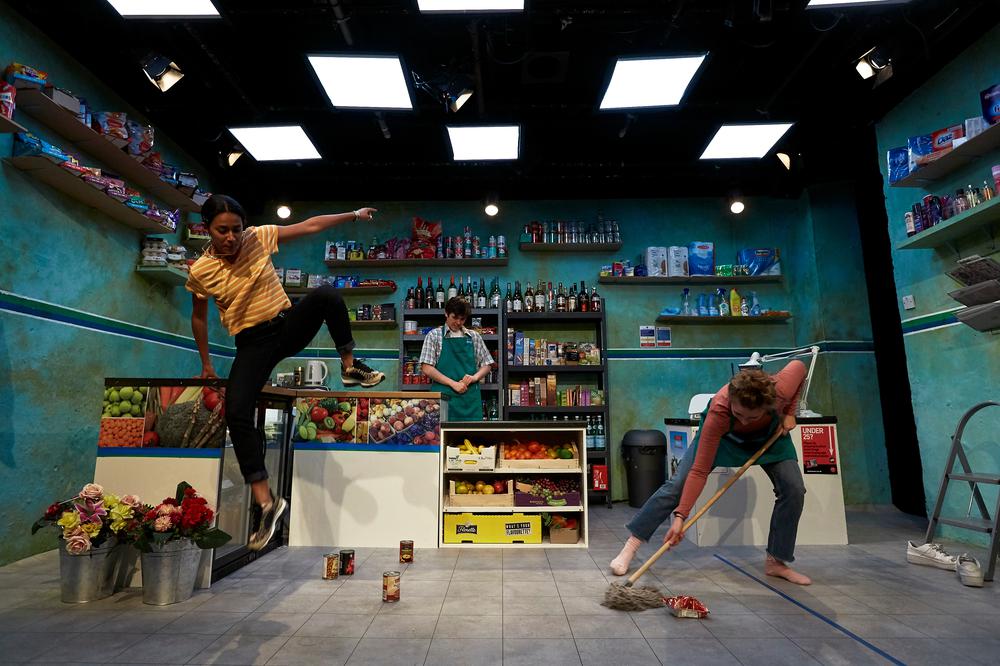 Fanta Barrie, Misha Butler & Olivia Rose Smith in The Amber Trap. Photo by The Other Richard.

In Out of Water it is an older teacher, Brendan, passed over for promotion, who causes ripples. Both would think of themselves as decent men. Indeed, one of the best things about The Amber Trap is the way Mortiboy slyly gets you to initially like the earnest, slightly awkward Michael so over-eager to show off his magic tricks.

In Out of Water Clare (Lucy Briggs-Owen) and Kit (Zoe West) have moved to South Shields because it’s cheaper than London and it is where Kit was raised. School teacher Clare gets a job as inclusion manager at the local failing comp where Kit once went. But when Clare tries to help the non-binary Fish, (Tilda Wickham), who is being bullied and has an interest in evolutionary theory, and hides both her pregnancy and the fact she has a wife not a husband, the storm clouds gather. Out of Water is about many kinds of acceptance: Clare must accept the people of South Shields and Kit’s family just as they must learn to embrace her. As Fish shows her, you can only do that by really being yourself. 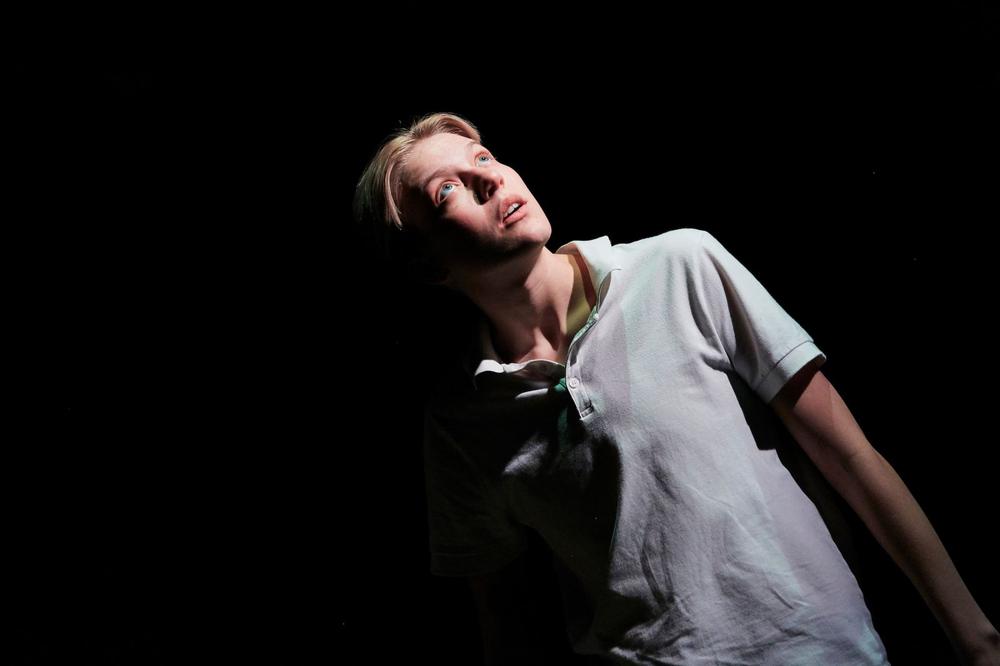 Tilda Wickham in Out of Water. Photo by The Other Richard.

Cooper’s play, which comes flecked with plaintive Geordie folk songs in Guy Jones production, and which almost makes you think that you can smell the sea, is cunningly constructed. The cast not only play their main roles but also bring a host of characterful characters alive in a piece that constantly shares out the narration and asks: whose story is this and how should it be told?

The Amber Trap is at first sight less intricate, but it is no less complex, and it’s a complexity recognised in Hannah Hauer King’s production where the gorgeous transitions between scenes are like rich little plays in their own right that feed into the wider drama.

Mortiboy’s writing is deceptive too: there is a lot going on under the surface, and it raises the knotty possibility that when women avoid confrontation in the desire to protect themselves from the unwanted attentions –and the potential violence of men– they may make themselves more vulnerable. “I don’t want to start a fire in a matchbox,” Katie tells Hope who is exasperated by Michael’s interest in her girlfriend.

Could it be by singing out loud and proud to the world who you are that women can douse the flames of entitlement that the patriarchy confers on men? But why should it be women who have to do all the heavy lifting? Neither play offers easy answers, but it’s thrilling that they are raising the questions about how the world is and society must change and evolve. 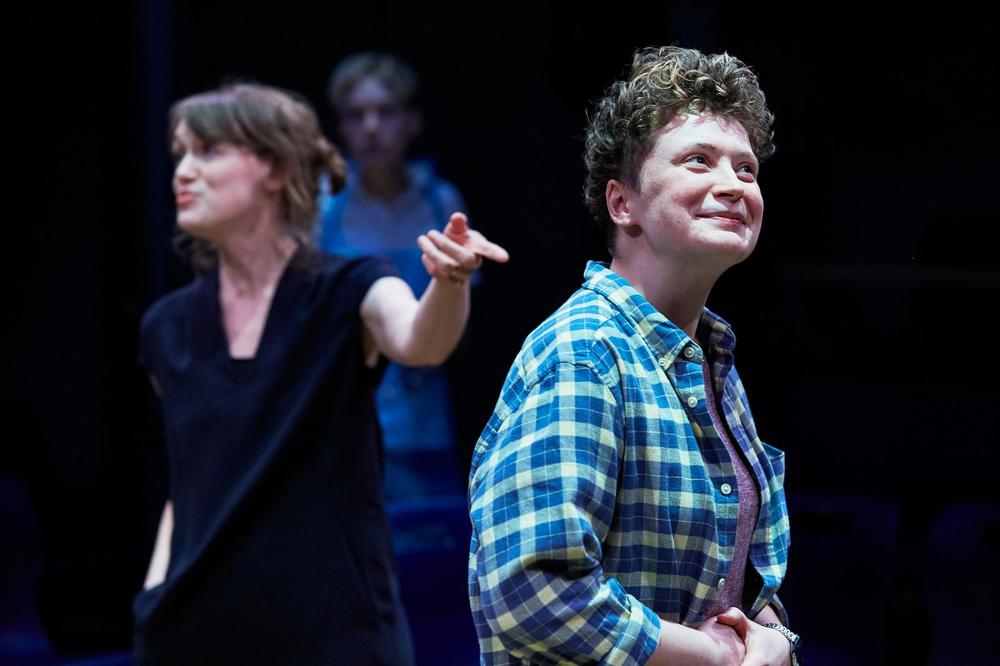 Lucy Briggs-Owen, Tilda Wickham and Zoe West in Out of Water. Photo by The Other Richard.

Out Of Water runs until Sat 1 June at The Orange Tree. You can find tickets here.

The Amber trap runs at Theatre503 until Sat 18 May. You can find tickets here.