How do you stay true to yourself and your principles in a society sliding towards totalitarianism?

That’s the question at the heart of Youth Without God (Coronet) adapted by Christopher Hampton from Ödön von Horváth’s 1937 novel written in the shadow of Nazism.

Alex Waldmann plays the Teacher working at a boy’s school in Bavaria in 1935 as the Nazis secure their grip on the minds of young people. When he reprimands a pupil for a racist remark made in an essay, the Teacher finds himself under scrutiny from both the boy’s father and the school. Things get more complicated still when on a school trip to the mountains a murder occurs. At its heart the piece asks how individuals create a moral framework in a society where god has been replaced by ideology - especially if telling the truth may come at a personal cost. 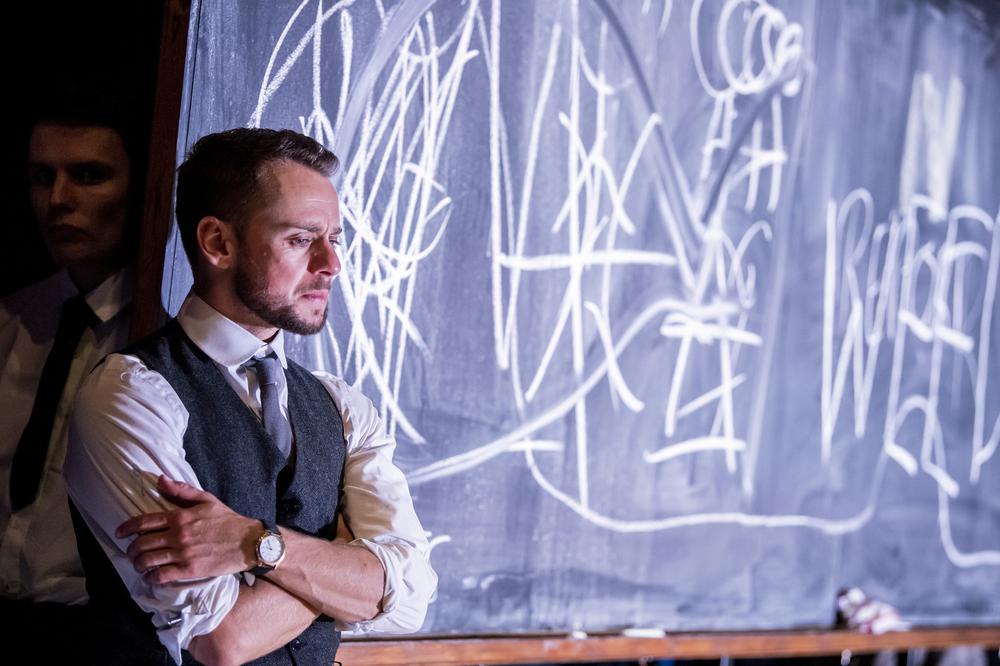 Alex Waldmann as the Teacher. Photos by Tristram Kenton.

It points up parallels with our own times; there are neglected hungry children, a lack of attention to the truth and it sets out its stall with the first line in which the Teacher speaks directly to the audience and conversationally says “so, the world seems to be spiralling towards disaster again, doesn’t it.” Unfortunately, too often this evening seems like a preachy parable rather than something more energised. It is slow initially and doesn’t quite endorse the thriller like structure that it seems to promise.

Stephanie Mohr’s production begins confidently, played out on a stage where three huge blackboards (designer Justin Nardella) serve as doors and screens and also become filled with words, diagrams and images that set the scene but also create a commentary on the play’s themes. The production has a nicely sinister edge in the way it treats the boys; their stamping feet an echo of Nazi Stormtroopers. But while the depiction of the boys as a group of bullies is good, they are less well drawn as individuals which limits the possibilities for the actors. 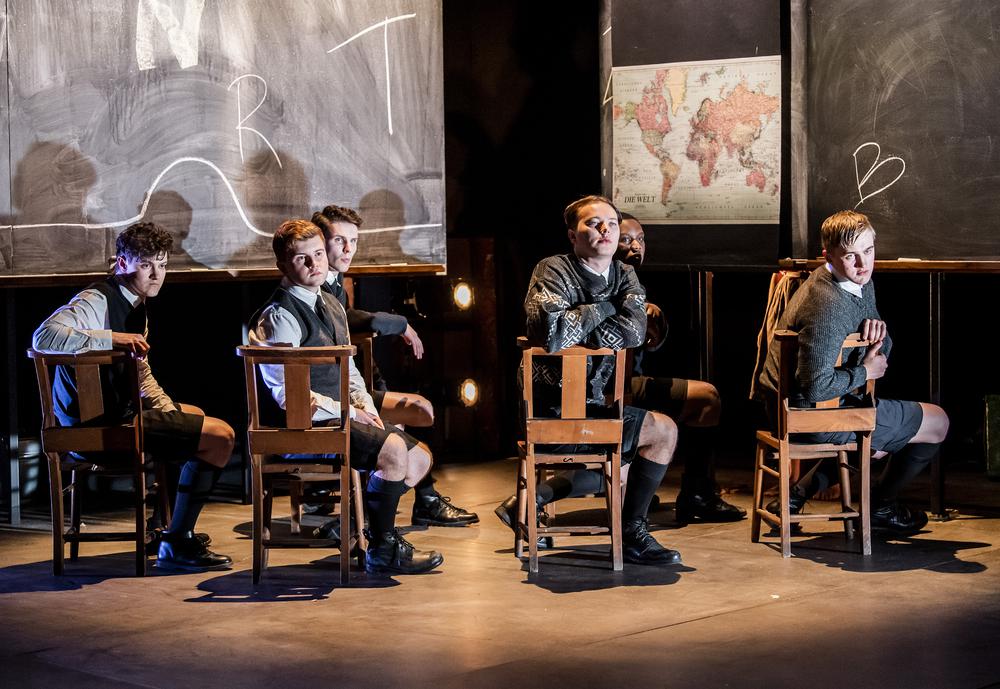 Waldmann’s character suffers from a ambivalence that doesn’t make for great drama and there are times when it feels as if the novel format might indeed have been the best one for a story that is largely reflective and philosophical.

The play is good in the way that it shows how a society and a small town incrementally slides towards moral disaster even as daily life goes on, but the evening feels more well-meaning than essential - even as it makes us ponder whether, when it really came to the crunch, we would tell the truth. Whatever the consequences.

Youth Without God runs at The Coronet theatre until Sat 19 Oct.