Outside, the bridges are falling down, winds roar, blizzards rage, the sea has turned viscous, the air quality is so bad that people wear gasmasks and buildings are covered in mould.

It’s enough to make you despair. But help is at hand in the form of Brightline, a telephone listening service, staffed by volunteers, who for a few hours every Tuesday night take calls from worried strangers and try to soothe their fears.

Sam Steiner’s You Stupid Darkness! (Southwark Playhouse) is set in the crumbling offices of Brightline over five weeks where four volunteers do the night shift. There is the relentlessly cheerful and heavily pregnant Frances (Jenni Maitland), over-talkative Angie (Lydia Larson), down-beat Jon (Andy Rush) and teenager Joey (Andrew Finnigan) whose future stretches in front of him. But do Joey and Frances’ unborn child have any future, and how can you stay optimistic in a world that is falling apart? Is optimism a blind stupidity or the only way to survive? 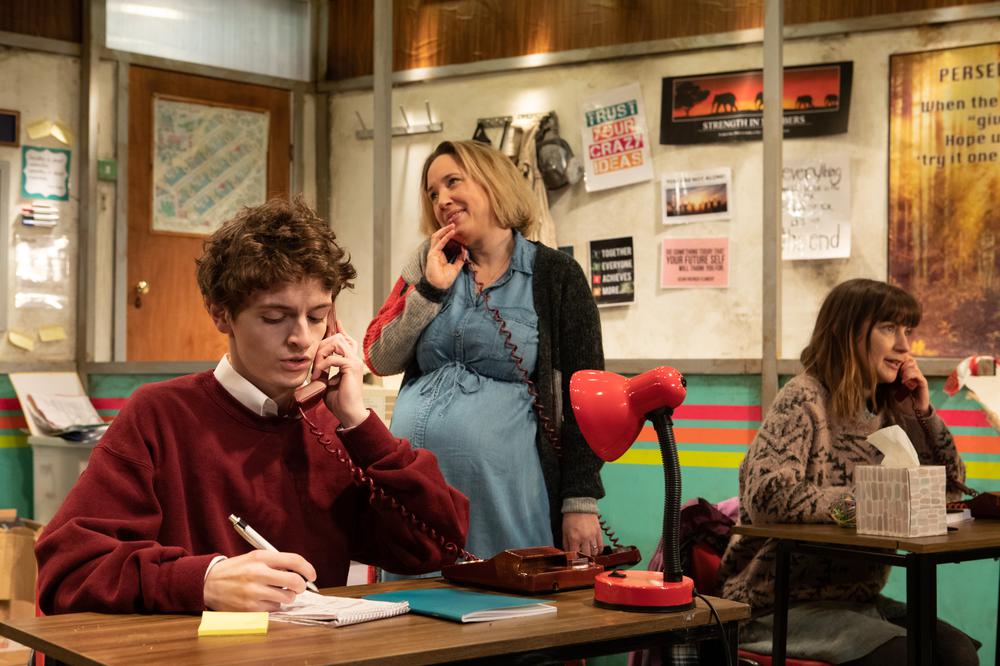 Steiner’s play, very deftly directed by James Grieve for Paines Plough takes its title from an old Charlie Brown cartoon but it’s definitely not peanuts. It may take almost up until the interval to really hit its stride but from then on in it becomes essential. It is bleakly funny. It wounds even as it makes you smile. Amy Jane Cook’s design with its retro touches makes sure the play is perched both somewhere in the near future but also possibly in the not too distant past.

The slipperiness, limitations and stretchiness of both language and time have always been characteristics of Steiner’s work from his debut Lemons, Lemons, Lemons, Lemons, Lemons to last year’s A Table Tennis Play. Even as the characters, on the phone to callers, babble over each other there is a brilliant economy of language at work here, not just in what is said but also what is left unsaid. A number of the best moments happen in extended silence. It is delicate, crafted work. Necessary too. 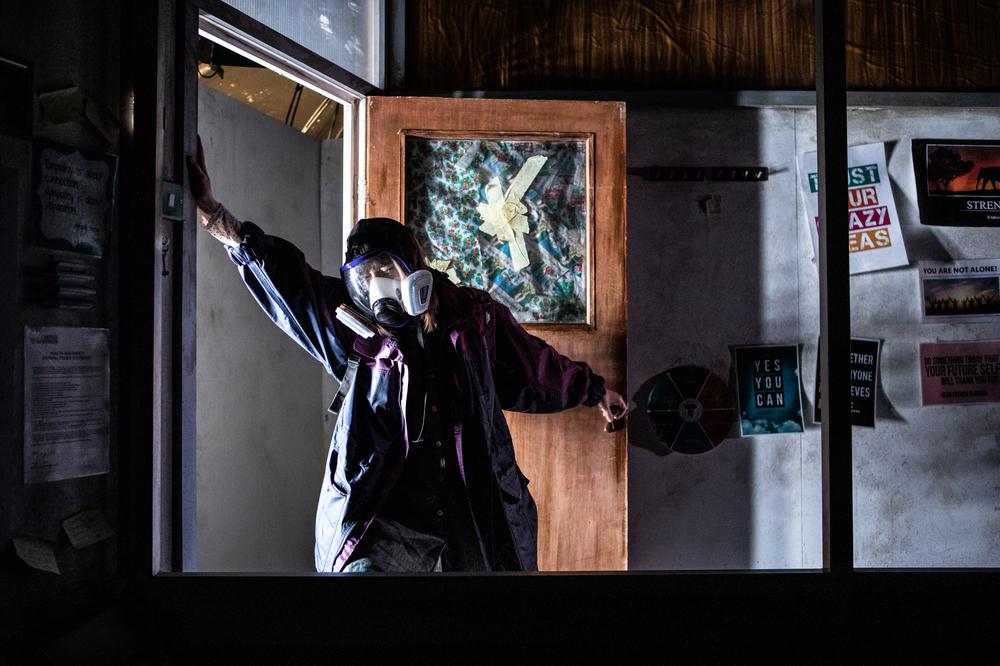 Kettles stop boiling, the lights are extinguished, the donuts run out, personal sorrows bear down, and Armageddon knocks loudly at the door. This quartet stumble on, flames quietly flickering but never quite snuffed out.

You Stupid Darkness! runs at Southwark Playhouse until Sat 22 Feb.