There is a touch of Disco Pigs and something of Blood Brothers about Wolfie at Theatre 503.

Ross Willis’ play is about twins, A & Z, separated not long after birth. One is raised by a depressive adopted mother and the other by a wolf in the forest.

This debut marks out Willis as a distinctively different and original voice as the Sharky twins—played with thrilling brio by Erin Doherty and Sophie Melville—burst prematurely out of their mother’s womb. But for all their sparkle and demands to be loved they cannot be kept by her.

“Dem tutting men and countin’ pennies made da choice for her”, says one of the twins sagely

The quest for love informs the rest of a play which borrows from fairy tale (think The Winter’s Tale) before becoming increasingly darker as A is led into the forest to die but survives when she is suckled by a wolf, and Z, neglected by her adopted mother, is taken under the wing of a science teacher. But as teenagers they find themselves thrust out into an uncaring world all alone. 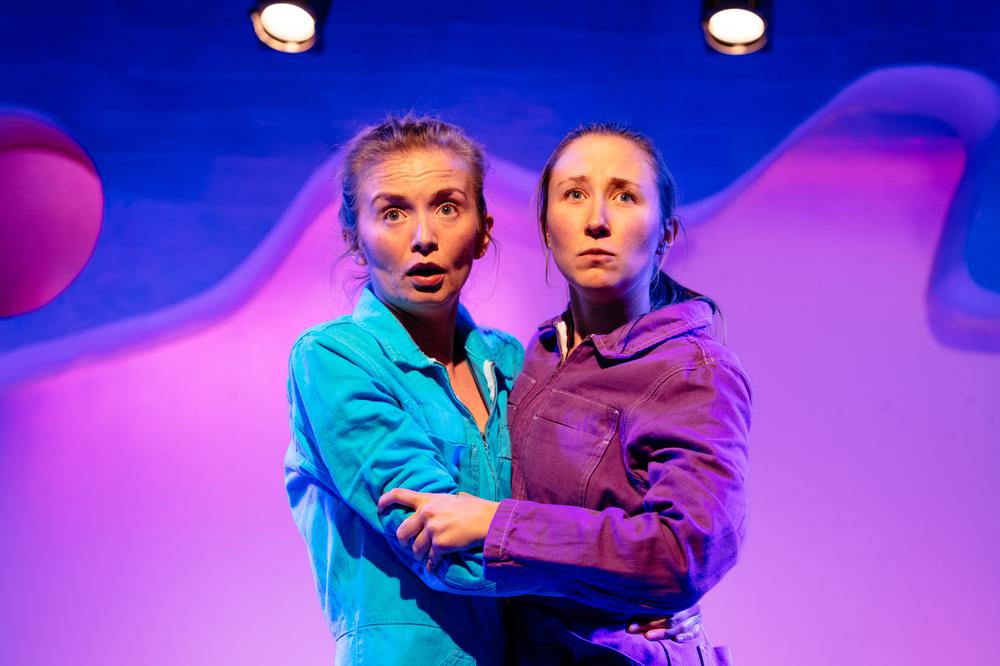 Willis might have written a naturalist play about the failures of the care system, which provides for children’s needs but seldom offers love. It’s a care system that does its duty but tips children out of the nest as young adults and expects them to fend for themselves.

Instead he takes a much more audacious approach with this poetic and yet gritty tale that hurtles between satire and whimsy, the fantastical and deeply felt emotion. There is a brilliant scene where the meat-loving A gets a job on the Waitrose butchery counter because the head butcher recognises himself in her desperation. 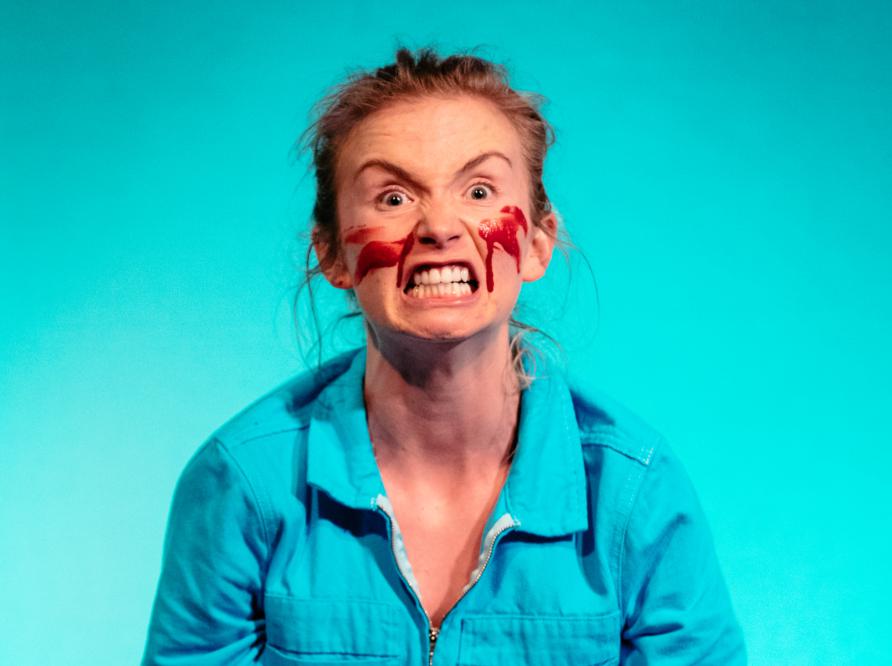 Not all of it works. The breathless invention can be a mite overwhelming, and the storytelling doesn’t quite match the imaginative world it creates, a place where children are raised by trees, job centre workers go in for a bit of DIY kidney donation, and woodpeckers act like disinterested social workers delivering bad tidings.

But really, you can’t fault this for boldness or its ability to surprise whether it is a yummy mummy snorting her children’s milk teeth like cocaine or foetuses depicted as cabbages and squash. Lisa Spirling’s direction glues the whole thing together so it sparks and sparkles as it reminds that children can survive anything. Except being loved.

Wolfie runs at Theatre503 until Sat 13 April. You can find tickets here.