When Mary’s son, Lysander, was a baby, policemen in the street would look at her strangely, perhaps suspecting her of kidnapping. That’s because while she was black, Lysander was white as “a pearl.”

Now Lysander is all grown up and part of London’s middle class, but where does he belong and what does he owe to his mum and the past?

Inspired by Gabriel Bisset-Smith’s own experience of growing up passing as white although his mother is black, Whitewash at Soho Theatre is a playful, painful and very funny two-hander which skewers white privilege and asks big questions about identity and belonging. It lets them glint—sometimes quite manically—as it turns them over politically, socially, psychologically and also geographically. This is a play full of sharp corners at the place when class and race intersect, and it is directed with both urgency and vim by Charlotte Bennett.

Spanning 30 years, it takes us from Windrush to Grenfell, from a grimy city to an increasingly gentrified one, from London to Jamaica and back again. In fact, it packs in so much that it’s hard to believe that it lasts a mere 70 minutes. But Bissett-Smith keeps the balls in the air with considerable swagger and snark as we see the contrasting experiences of artist Mary (a blisteringly good Rebekah Murrell) and her son, played by Bisset-Smith (also very watchable). The drama has a strong sense of irony, reaching its conclusion in a moment with a policeman and a baby that is very different from that experienced by Mary with her tiny son. 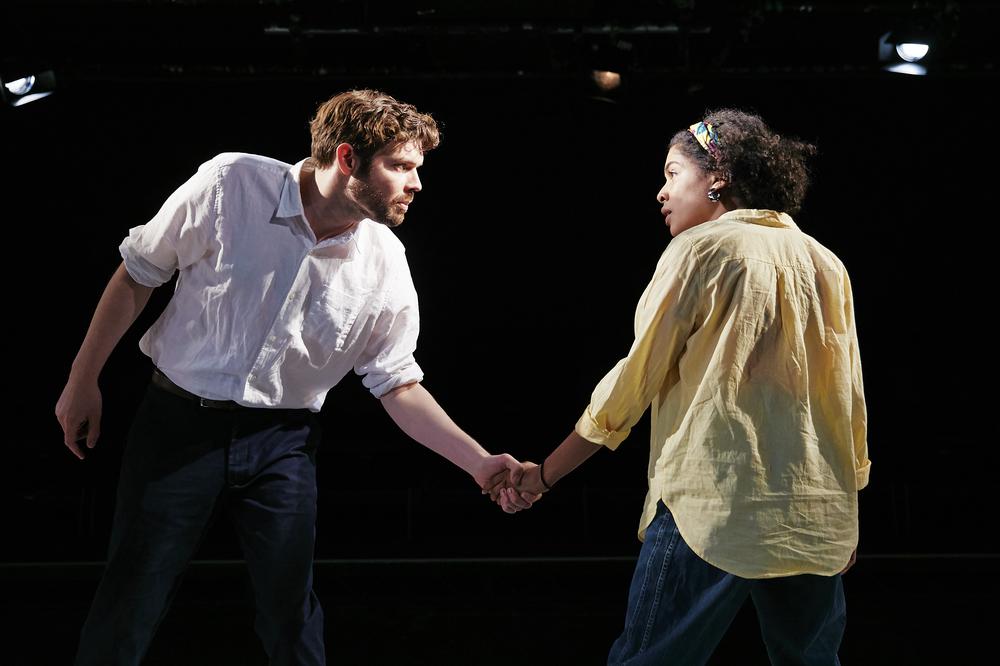 Gabriel Bisset-Smith and Rebekah Murrell. Photos by The Other Richard.

This is very much a London play and one that pulses to the beat of Asaf Zohar’s pumping score and which is enlivened by the artwork of Jenny Gordon which is projected onto Jemima Robinson’s whiter than white design.

With Murrell and Bisset-Smith playing several characters with real ease, Whitewash plaits together Mary and Lysander’s differing stories. She faces difficulties and hostilities in London while he briefly experiences what it is like to be white in predominantly black Jamaica. She struggles to be taken seriously as an artist, while he makes compromises to fit in in his job at a housing outfit which is refurbishing the old estate on which he grew up and which wants to displace his former neighbours to increase its profit.

The show is pointed about gentrification and urban regeneration, merciless about self-interest and includes a hilariously satirical and toe-curling scene where Lysander tries too hard to be friends with his cocaine dealer. But it is also moving about knowing who you are, where you come from, what family means and how too often in our blind rush into the future we forget that past and the struggles of those who came before. Good stuff. 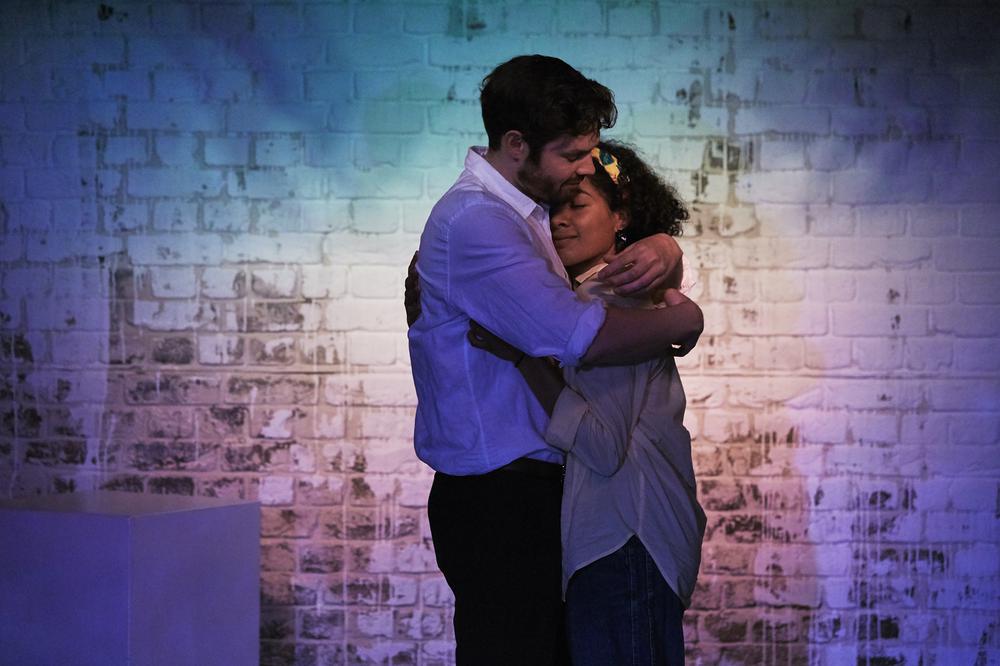 Tip: you can use Stagedoor to follow the theatre makers who interest you most. If you really like the artists behind Whitewash, you can follow them on the app - the next time they're in a play in London, it'll be at the top of your personalised recommendations