Vicky Featherstone’s thrilling exploration of what new writing can be continues at the Royal Court with White Pearl.

It’s a spikey satire about corporate values and racist attitudes set in a Singapore cosmetics firm that has found huge success in the Asian skin-lightening market. But when an up-coming advert aimed at the Chinese market is leaked online the company is accused of racism. As cyber outrage grows somebody’s head is going to have to roll.

Written by Thai-Australian Anchuli Felicia King, White Pearl is smart and sly as its skewers corporate hypocrisy, dwindling female solidarity and the fact that in this skincare company everyone is trying to save their own skin. It’s founder Priya (Farzana Dua Elahe) an Indian-Singaporean with a private British education, is a woman with killer heels and a killer instinct for her own survival. 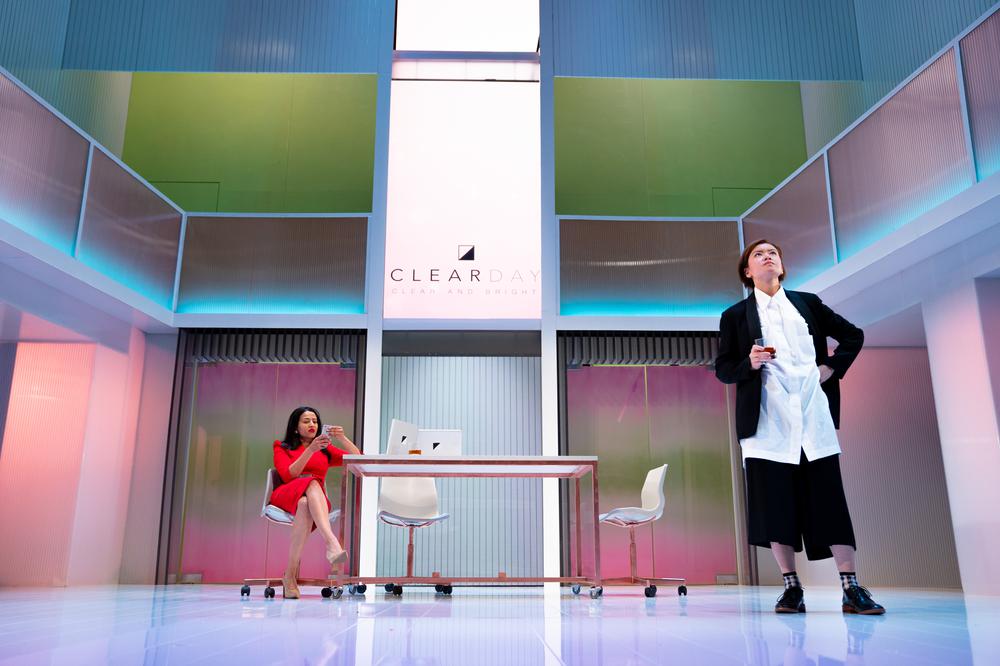 As the crisis worsens and the number of YouTube views of the video climbs (numbers are projected on Moi Tran’s clever design and come complete with hilariously shocking user comments) Priya is looking for scapegoats. She alights on resident chemist, Soo-Jin Park (Minhee Yeo), a South Korean who Priya keeps insisting hails from the North, and the Chinese Xiao Chen (Momo Yeung), who is dealing with her own personal demons. But things quickly turn nasty as the prejudices and racial stereotypes which lurk just under the surface of this apparently harmonious office emerge and the pecking order of privilege and race is made starkly evident. 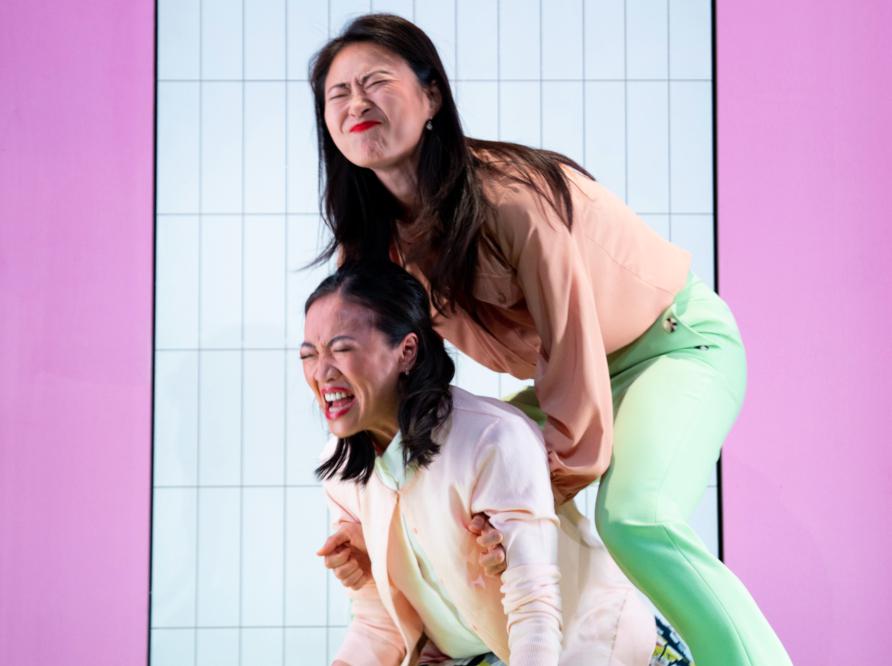 There is plenty to enjoy here, not least in the way the cast—which also includes Kae Alexander, Arty Froushan, Katie Leung and Kanako Nakano—attack their roles with real vim and evident enjoyment. The show motors along, but there is a slightness about the scenario which makes it feel both under-developed and over-loaded. There is more plot than there is character development and entire threads—Xiao Chen’s home situation back in China and rich Thai-American Built’s relationship with her ex-boyfriend—seem entirely in service of the narrative rather than the characters. The result is a show which is always watchable, but which loses its bite and never quite fulfils its potential to be horrifyingly funny and deeply discomforting.

White Pearl runs at the Royal Court until Sat 15 June. You can find tickets here.