Some people are sitting at home watching Contagion, so maybe it’s not so weird that the first on-line show I wrote about for Streamdoor was Daniel Bye’s terrific Going Viral.

Nonetheless I have to admit that my finger did hesitate just for a moment before I pressed the play button on We’re Gonna Die, a theatrical concert created by Young Jean Lee. Lee is the Korean-American playwright and director whose unsettling The Shipment was seen in the UK as part of LIFT Festival in 2014 and whose play about identity and privilege, Straight White Men, had been due to open at Southwark Playhouse in May.

Maybe I hesitated because the stark title is not just a prediction but an absolute statement of fact. In this time of uncertainty there is only one thing that we can all be certain of and that is that at some point we will all die. Probably not in this pandemic, if we are lucky and keep ourselves and those we love safe, but at some point in the future for sure. 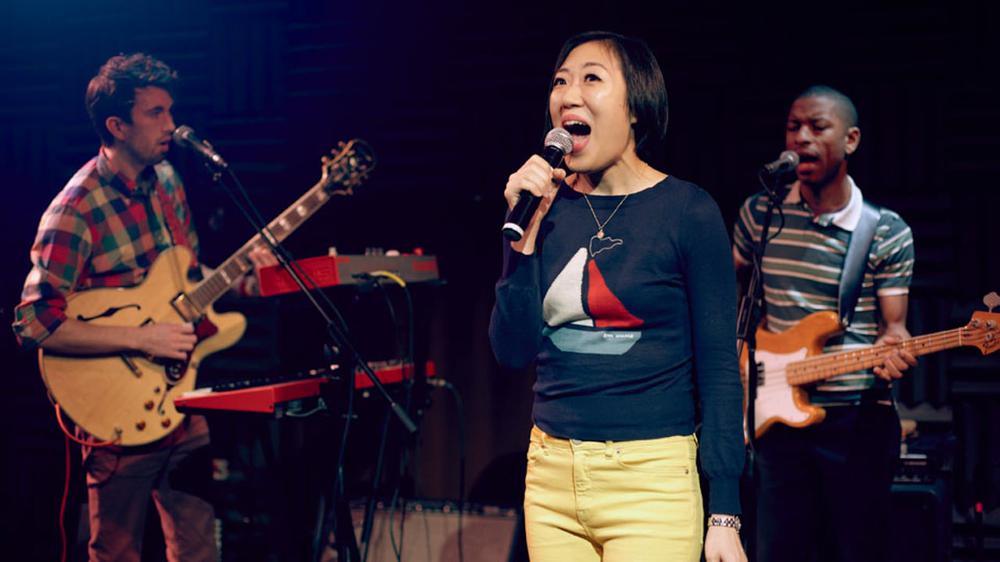 If you think you don’t want to be reminded of that, We’re Gonna Die will change your mind. It is both mordant and oddly perky. Its honesty is terrifying and completely disarming as Lee charts a series of life events from being excluded by best friends in the playground to the agonising death of her father that remind that tragedy is part of the human condition. While we all think that we are special, and therefore should be immune, we are not.

The show began life back in 2011 and, with frightening prescience, got a major revival at Second Stage in New York in February, but this on-line version–first posted four years ago–features Lee herself in front of the band as she tells her stories in low key stand-up style, occasionally breaking in quirky song. The songs often feature advice on dealing with life’s misfortunes as told by family and friends who have lived through the worst that can be imagined.

The filming is high quality, the direct address style makes it easy on the camera’s eye and while you are aware of the presence of the audience, they are a bit blurred as if the whole thing has been filmed with Skype’s background blur button on. It may be totally unintended, but the effect is to create a feeling of a room brim-full full of ghosts, as if the already dead are watching and listening to the living with wry detachment. 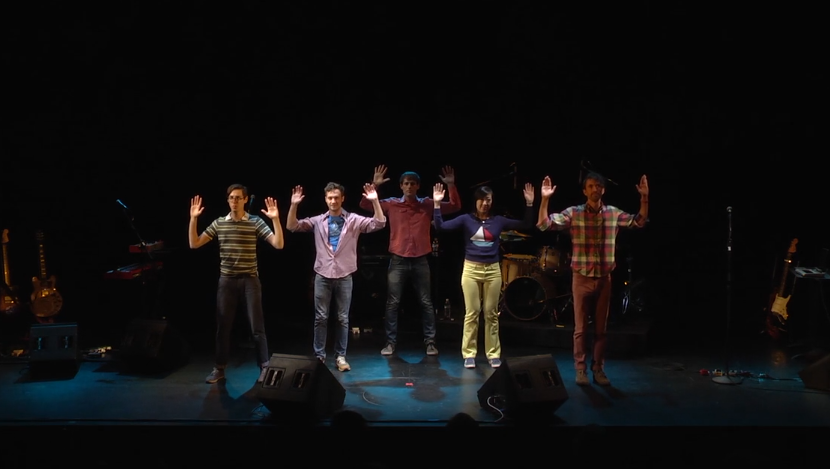 There is an unexpected jauntiness to these 50 minutes that rattles by even as Lee is recounting how good people die horribly and bad things happening are part of being alive. It made me think of how when my own mother died suddenly in 2008 the pain of losing her was excruciating, but it was as if experiencing that tragedy made me less afraid of death. And maybe less afraid of really living too.

I think We’re Gonna Die is theatre that operates in the same way. It can’t provide a vaccine that keeps us safe from tragedy and death, because nobody can. But in exposing us to the worst that can happen, and doing it in such a curiously appealing and upbeat way, We’re Gonna Die offers a form of banked inoculation in preparation for that terrible day when tragedy derails us and the instinct is to cry, “why me?”

You can watch We’re Gonna Die in full here.

You can find more theatre to stream here in our new 'Streamdoor' section (easiest to browse in the app!)