If there is one thing that the theatre shutdown has proved, it's that playwrights and theatre makers have no problem responding to the here and now.

It’s not the artists but rather the structures of planning and theatre programming that create the lags. Sometimes, of course, that has advantages, and often the best plays—in the hands of the most inventive directors—have an ability to shapeshift so they reflect the times we live in. But the flood of theatre pieces in response to the current crisis proves that playwrights have an infinite capacity to think fast, write fast and produce work that is as thoughtful as it is rapid.

Headlong’s Unprecedented created with Century Films, being broadcast this week and available on BBC iPlayer, is a case in point, with 14 plays from playwrights ranging from April de Angelis and Jasmine Lee Jones to Duncan Macmillan to Chloe Moss all responding to lockdown. The plays are billed as “stories of love, triumph and uncertainty during the time of Corona virus” and from the three I’ve seen that’s not an over-sell.

In James Graham’s Viral, a trio of teenagers (Laurie Kynaston, Archie Madekwe and Stuart Thompson) suddenly finding themselves with A Levels cancelled and stuck inside their bedrooms start to realise that what is happening is not like pressing pause on a video game and then everything resumes as it once more. Their futures suddenly look far more uncertain. 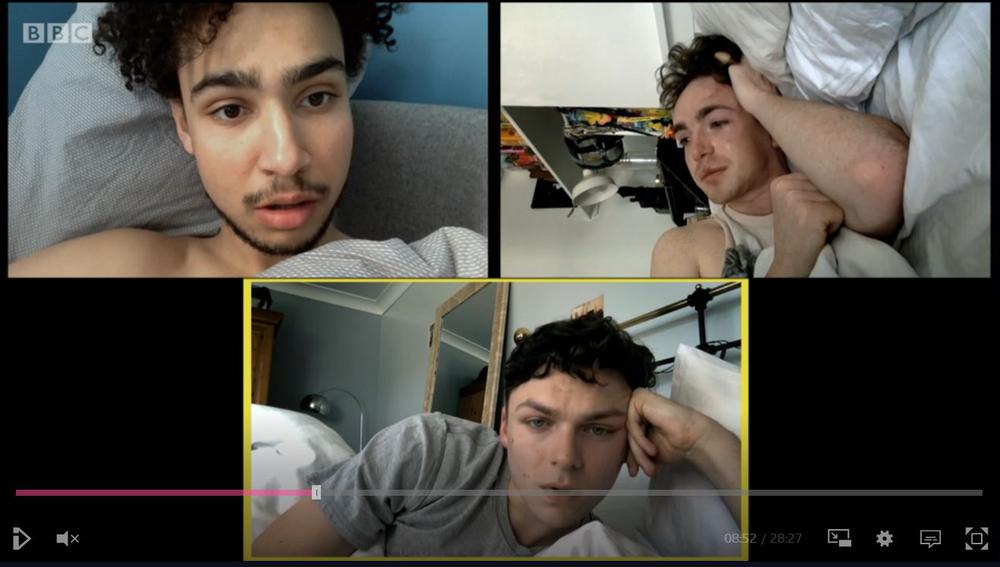 The cast of Viral

Graham’s fab look at the working of parliament, This House, goes out on the National Theatre’s YouTube channel his week, but if that does its job with broad brushstrokes Viral does it’s with touching delicacy. We see the bashfulness beneath the bravado and banter. You want to (virtually) hug these kids and say it’s going to be alright. But will it be for a generation already burdened by climate emergency and debt?

John Donnelly’s Going Forward gleefully satirises corporate and government planning during a Zoom conference call in which a group of executives, charged with delivering unspecified machines (think ventilators or Matt Hancock’s testing equipment), find themselves cancelled if they fail to satisfy manager Siobhan (Frances Grey) that they can “deliver yesterday.” It’s like watching the Queen in Alice in Wonderland shouting “off with their heads” as one by one the workers are deleted from the call. It is very funny, or at least it would be if it didn’t ring so true as it skewers people being asked to do the impossible by leaders who refuse to hear the truth. 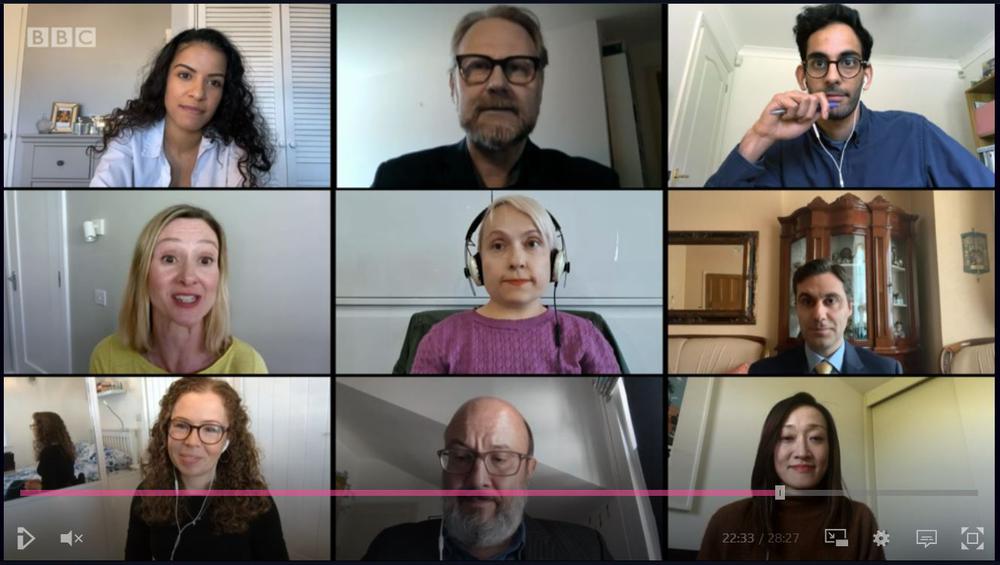 The cast of Going Forward

Technology is also cleverly used in Penny, Charlene James’ monologue in which Ray, a homeless man decanted into a cheap hotel, talks to the one he loves most in the world. Lennie James is spot-on as a man desperate to make contact and feel the love but who knows that his whole life is one in which people keep their distance from him. Penny gets right to the point as it asks whether we only ever help those in need when it also helps us. 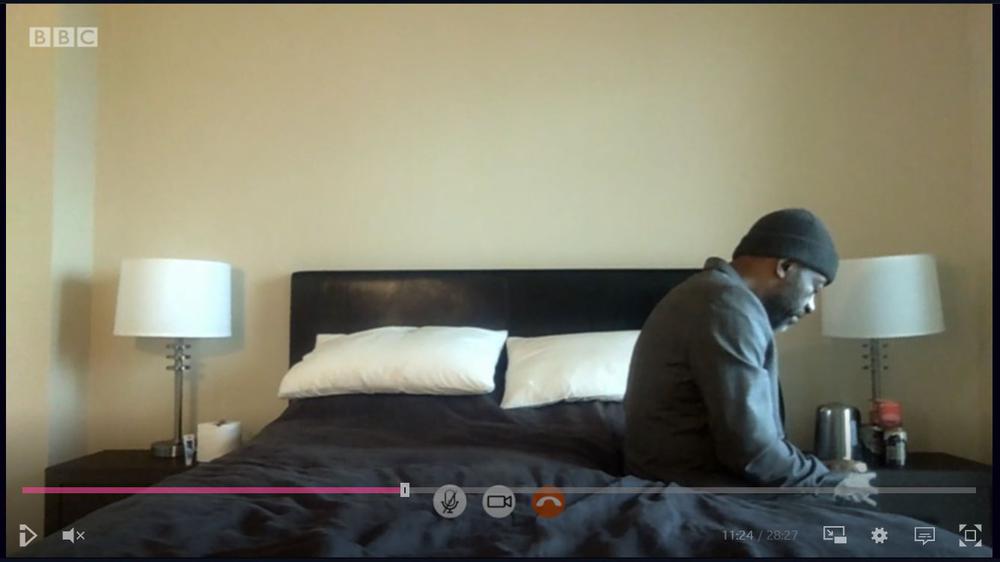 The question many are asking is whether streamed or filmed offerings are a new kind of theatre. The jury is still out. But this is definitely a different kind of TV, and all the better for it. It’s good to see Headlong taking the lead.

You can watch all 4 episodes of Unprecedented on the BBC or iPlayer here.