There is no doubt about it, Ian Rickson’s revival of Uncle Vanya in a new adaptation by Conor McPherson is quality stuff.

There are times when it makes Chekhov’s play shimmer. Although there are times too when it feels as if it is trying just a mite too hard and is too self-conscious about its own sensitivity. But goodness, that might just have been a press night thing, and you can’t complain about a production that brings real dramatic and emotional heft to the West End. Thank god, that producer Sonia Friedman continues to do this stuff because it can’t come cheap. It’s not a dead cert even with Toby Jones and Richard Armitage in the cast.

A great deal rests on the detail. Yelena (Rosalind Eleazar) watching Richard Armitage’s Astrov out of the corner of her eye while he ties his shoelaces as if he is doing the most fascinating thing in the world. Sonya (Aimee Lou Wood), desperate with unrequited love for Astrov, trying to kiss him. She aims for the mouth; he lands a chaste fatherly kiss on the forehead. You feel her humiliation. 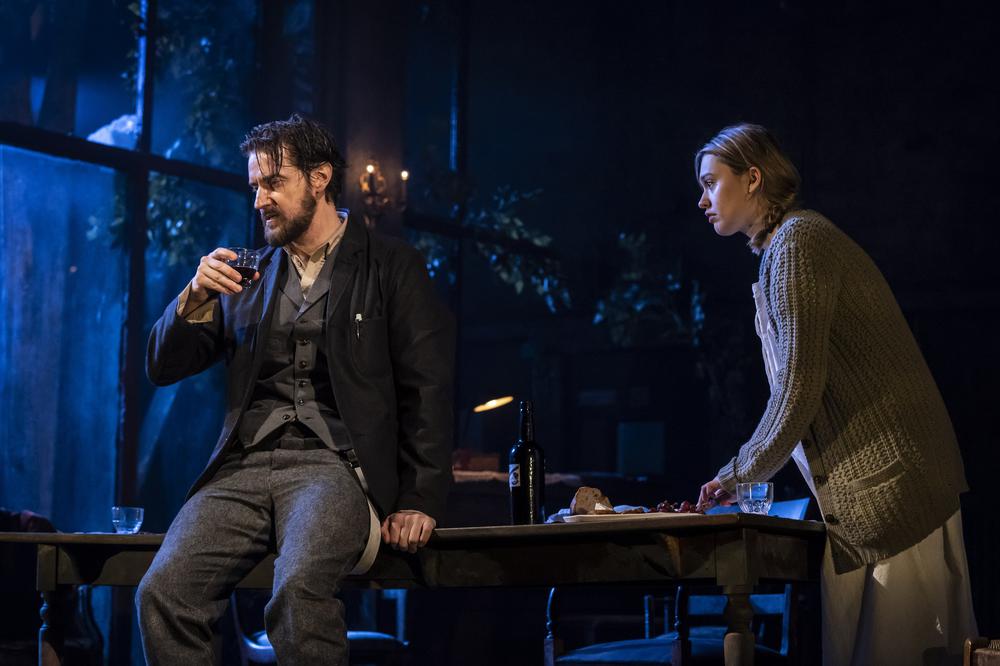 Then there is Toby Jones’ dishevelled Vanya, a disappointed clown eaten from the inside out by frustration that his life hasn’t turned out in the way he once hoped. That the sacrifices he has made have barely registered. He proclaims, “I could have been another Schopenhauer, a Dostoevsky,” but with his shirt tails hanging out and his lack of purpose you wonder if, even with the opportunity, this Vanya would always have been a loser. Even his hiding place for the morphine he has stolen from Astrov’s doctor’s bag is comically absurd, as if he can’t take his own suicide seriously.

This is all good stuff, so too is the way Armitage suggests that this Astrov really has been destroyed by his work as a doctor, haunted by the things he has seen, the lives he could not save. McPherson’s adaptation is direct, unfussy and modern, a conduit between past and present. 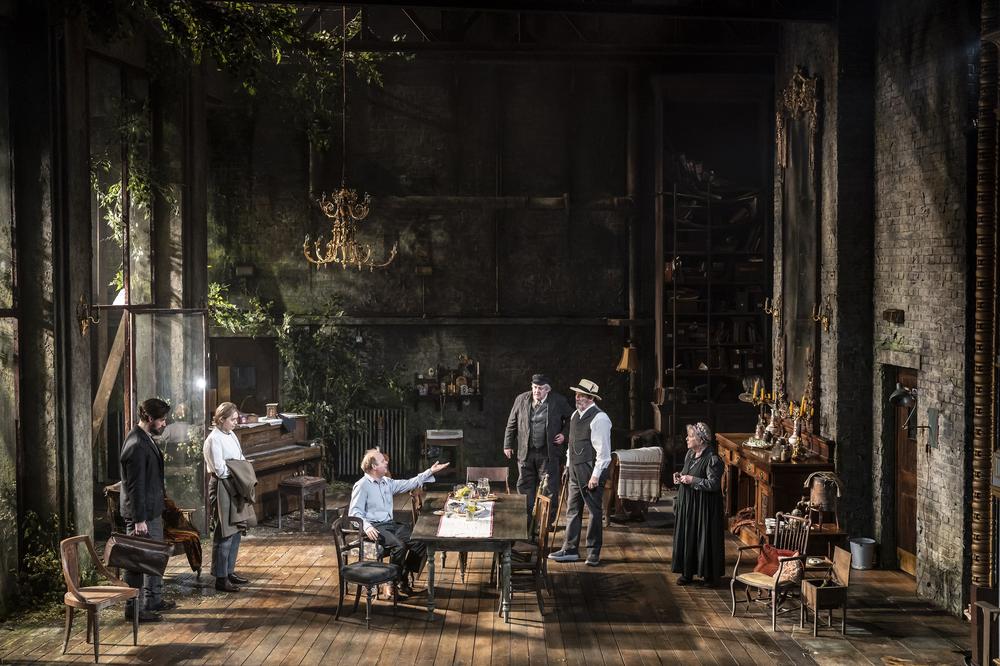 Best of all though is Rae Smith’s design and Bruno Poet’s lighting. The latter could not have a more appropriate name. Together they create a room that feels as semi-derelict as several of the characters’ hearts, where nature feels as if it is encroaching in a house that is crumbling away. Poet’s lighting uses shafts of light and gloom to tell their own unfolding story.

It’s a beautifully put together production, exquisitely thought out, and although it offers no new revelations about Chekhov’s play, it reminds that old classics can speak directly to new and more urgent times, and if Sonya’s final great speech doesn’t quite lacerate the heart there is a particular poignancy in Astrov’s mistaken belief that the future will be a better place. We know we are the real clowns.

Uncle Vanya runs at the Harold Pinter Theatre until 2 May. You can book tickets from £18 right here on Stagedoor.