The letter, widely reported in the press, where it was held up as evidence of infiltration in Birmingham’s educational system by Islamic fundamentalists, was soon proved a fake. But not before local schools, teachers and students were caught up in an investigation and media furore that saw careers destroyed and lives turned upside down.

Trojan Horse (Battersea Arts Centre) is a gripping piece about the fallout - highlighting how many people were left in limbo, accused but never exonerated or proved guilty. In Matt Woodhead’s spare, pared back production the story plays out on a bare stage with only a few desks and a large blackboard. It is performed in English (with an audio Urdu translation available) by experienced verbatim theatre company Lung. 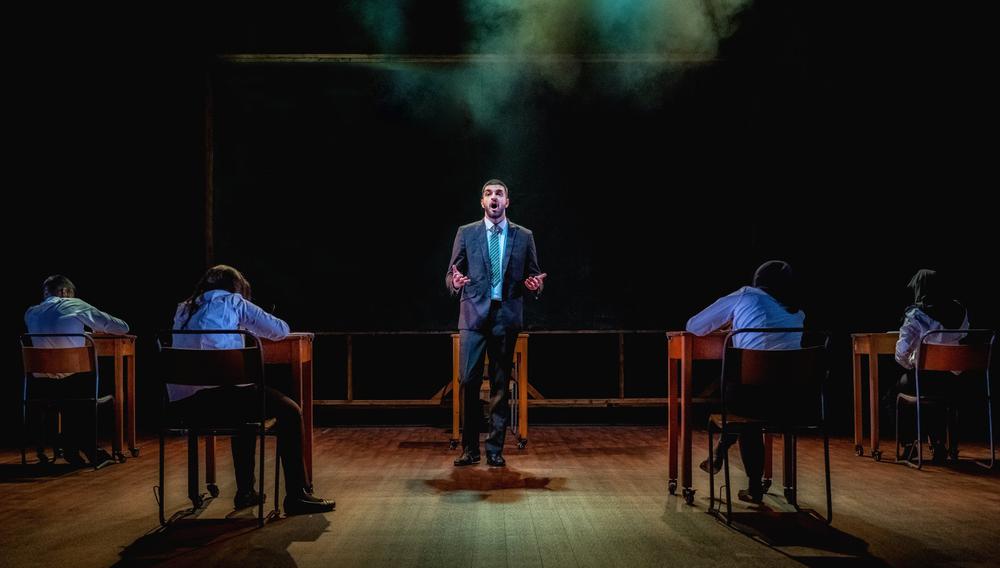 Lung’s previous shows include Who Cares? about the young carers whose contribution is over-looked and ignored by both councils and government, and E15 about the campaign set up by a group of young mums living in a hostel for vulnerable young people who were issued by a cash-strapped Newham Council with evictions notices.

One of the great things about Lung as a company is that its work is full of ambiguities. It sees storytelling as a means of raising awareness, an excellent starting place for campaigning, but it also knows that every story has many sides and facets. There is no single truth. Trojan Horse fits that model, drawing on interviews with those involved, public documents and testimony from the public hearings to shine a light on an incident that is no longer in the headlines but whose legacy is all around us, and contributed to increased suspicion of Muslims. 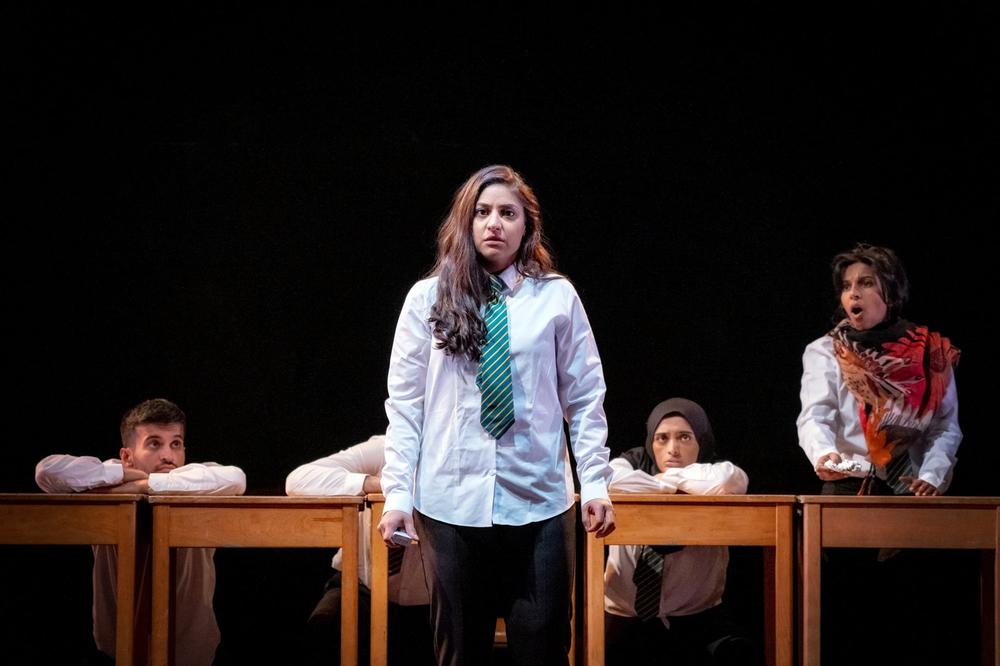 Michael Gove definitely doesn’t come out of it well, and you do wonder if the reason the ex-head of Counter-Terrorism was assigned to head up the investigation, despite any lack of experience in education, was because Gove had already made up his mind. Interestingly, he himself used the term Trojan Horse to describe what he perceived as the Islamist threat in his 2006 book Celsius 7/7 written in the wake of the 7/7 bombings. But others come out of it poorly too; the head teacher who set the rumours going, or the Muslim teacher in one of the schools whose homophobia and misogyny came to light during the investigation. It’s complicated and Trojan Horse acknowledges it.

There are parts that feel under-developed, such as a sub-story about a young student telling her teacher she is gay which feels as if it is there to make a point about the teacher rather than about the student. But this is a brave show which doesn’t shirk the fact that this is a story that polarises opinion - and reminds us that when the media loses interest and moves on, the story still continues for those trapped in its web.