We are not in provincial Russia in the late 19th century. Instead Inua Ellams’ long, sometimes stately, but richly rewarding version of Chekhov’s 'Three Sisters' (Lyttelton) relocates the action to a small village in the Eastern region of Nigeria.

It is precisely set between 1967 and 1970 in the run up to and the aftermath of the Nigerian Civil War that followed the declaration of Biafran independence.

Two million Biafrans starved to death during a blockage of food and essentials. Olga, Masha and Irina become Lolo, Nne and Udo, and the city of their dreams is Lagos where they lived before their idealistic late father brought them to trace their roots. Now they survive amidst falling bombs and the spectre of death while their brother gambles away their inheritance and their futures dim by the day. 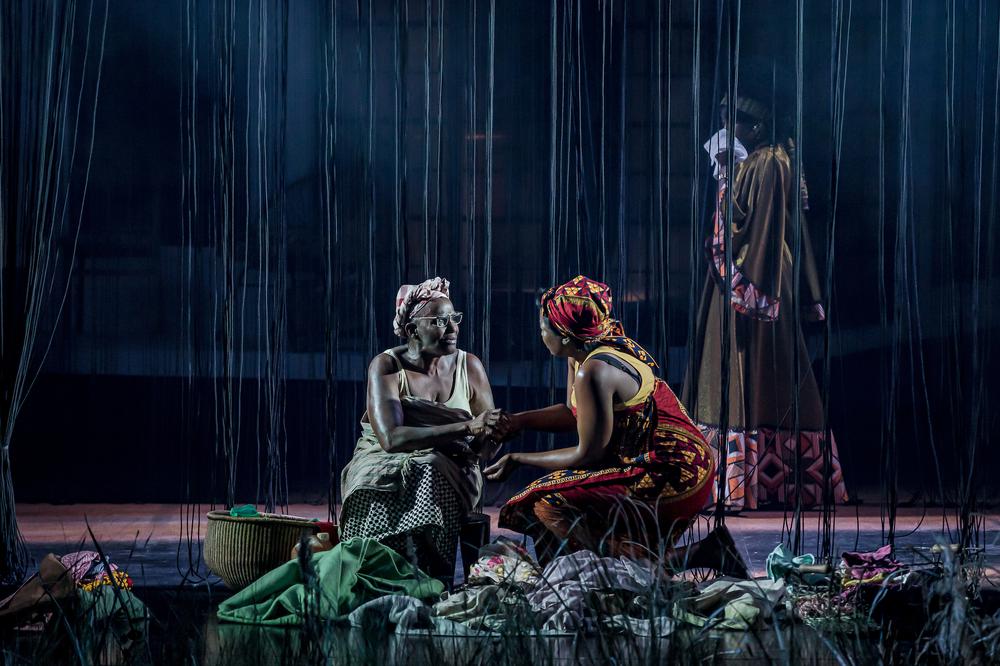 Anni Domingo as Nma and Sarah Niles as Lolo. Photos by The Other Richard.

It’s a neat transposition, and the war setting immediately ups the stakes in a play often leaves me puzzling why the sisters just don’t pop down to the station and buy themselves a ticket to Moscow. Here they are genuinely trapped not just by personal relationships but by the legacy of British colonialism, vested financial interests in oil and wider political and local allegiances. This is especially apparent in the sisters’ relationship with their brother’s wife, Abosede. They are Igboo, she is Yoruba. What often comes across in Chekov as sheer petty snobbishness is here far more charged and complex.

Nadia Fall’s production would benefit from more pace, but it is full of detail and it’s beautiful to look at with set and costume design by Katrina Lindsay that revels in the Sixties vibe but also creates a sense of the vastness of the bush beyond the house, a place increasingly stained with blood. 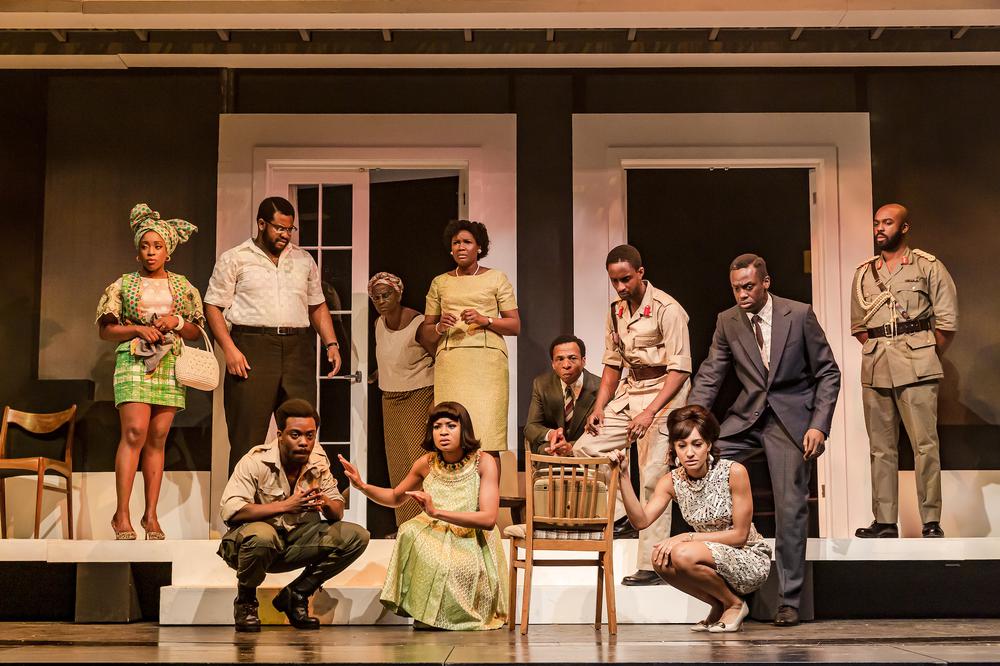 Fall encourages some fine performances too. Natalie Simpson’s discontented Nne is like a taut violin string throughout only relaxing into love. As the eldest, Lolo, Sarah Niles offers all the bone-weariness of a woman fighting her own personal disappointments and the educational system, and Racheal Ofori convincingly makes the journey from girl to woman as Udo. Ronke Adekoluejo is very funny as the self-absorbed Abosede who is far better at getting what she wants than her sisters-in-law, just as Nigeria got what it wanted with the surrender of the Biafran army.

There is a miss-step in the final scene when we see the fatal dual rather than simply having it reported, but the political setting magnifies the personal tragedies as this emotionally resonant and unexpectedly hilarious evening reimagines and injects fresh life into a classic play. These sisters are definitely worth spending time with.

Three Sisters runs at the National Theatre until Wed 19 Feb.