Review: The Wind in Willows

If you are looking for glossy production values then look no further than 'The Wind in Willows', a family musical written by George Stiles and Anthony Drewe with a book by Julian Fellowes, who swaps one country pile–Downton–for another, Toad Hall.

The Wind in the Willows

It’s is free online with all donations going to ActingForOthers, a charity for theatre workers.

Filmed at the London Palladium in 2017 Rachel Kavanaugh’s production is undoubtedly handsome but it is also as wholesome and bland as a sliced loaf as if it somehow thinks that the prime requirement for a family show is for it to be as inoffensive as possible. Clearly Fellowes hasn’t been anywhere near the Unicorn recently where theatre for children and young people is delivered with teeth and claws. Although Fellowes and Kavanaugh do deliver a few prickles in the form of a cute family of hedgehogs, dressed like boy scouts, who are endlessly trying, but never succeeding, in crossing the road. Peter McKintosh’s costume designs is one of real pleasures of this show. 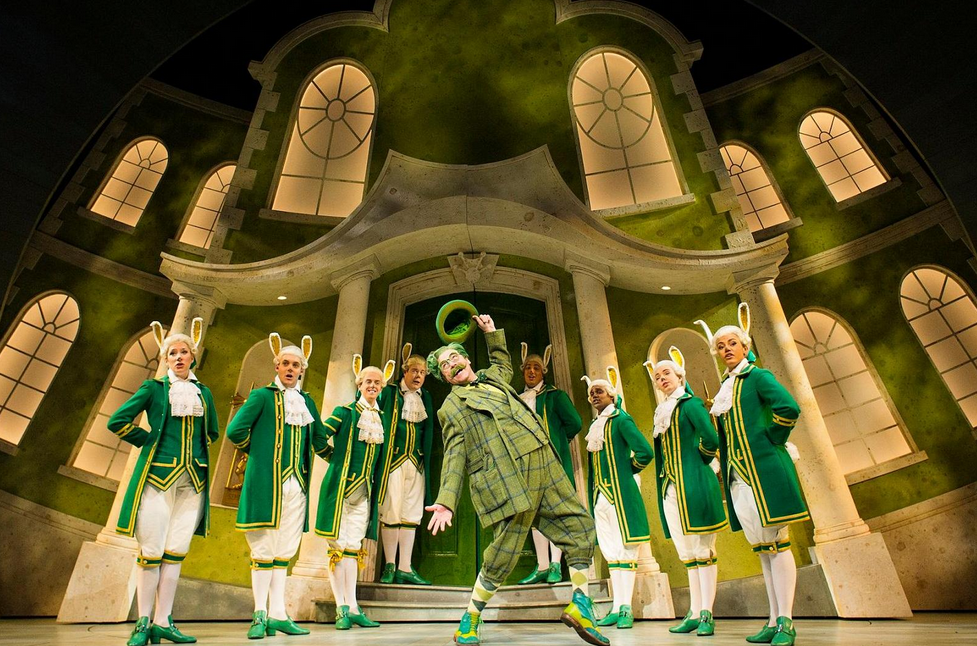 This filmed version of the Palladium effort has none of the charm of Alan Bennett’s 1990 National Theatre production, a show that at the time was so in demand that it is one of the very few times I can recall seeing ticket touts lingering on the South Bank outside the NT. The Wind in the Willows has a special place in my heart because it was a production of Toad of Toad Hall, an adaptation of Kenneth Grahame’s book, that was my very first theatre-going experience, or at least the first one that I remember. It was particularly memorable because it had to be abandoned shortly before the end when one of the weasels in the fight flew off the stage and into the orchestra pit.

But Grahame’s Edwardian wistfulness is far harder to transpose to the stage now than it was back in the 1960s or indeed the 1990s without looking like a slice of dated nostalgia, and while nostalgia may be exactly what some family audiences are looking for in these anxious times, for me this show is way too bland and cosy. Stiles and Drewe’s songs, which hark back to Gilbert and Sullivan and Vaughn Williams, are pleasant enough but seldom more, and Fellowes’ book makes it seem like quite a long road trip which is odd for a show that themed around speed and its transforming effect on society.

You can watch The Wind in the Willows in full here. And you can donate here.

You can find more theatre to stream here in our new 'Streamdoor' section (easiest to browse in the app!)