The real sleight of mind we perform upon ourselves is the way we live our lives pretending that we are immortal. But we are dying the moment we leave the womb.

At the Bush Theatre, Eve Leigh’s The Trick knows that and it operates as a series of scenes or turns like a 1970s TV magic show. Jemima Robinson’s design is a clever mix of cheesy tinsel and net curtains. The show begins with a resurrection. It is as if we want to be bamboozled.

All theatre uses misdirection and Leigh—and director Roy Alexander Weise—play on that in 75 fractured minutes to tell the story of an elderly woman (Lachele Carl) whose beloved husband (David Verrey) died seven months ago. To her it still feels like yesterday. Time warps with grief and loss. But then she starts seeing him clearly. He proves himself useful too as she encounters a series of con-artists (Sharlene Whyte and Ani Nelson) who play on the elderly and the bereaved. But is he real? Perhaps a ghost, or merely a trick of the mind? Is she seeing what she wants to see—or are we, the audience, the ones projecting? 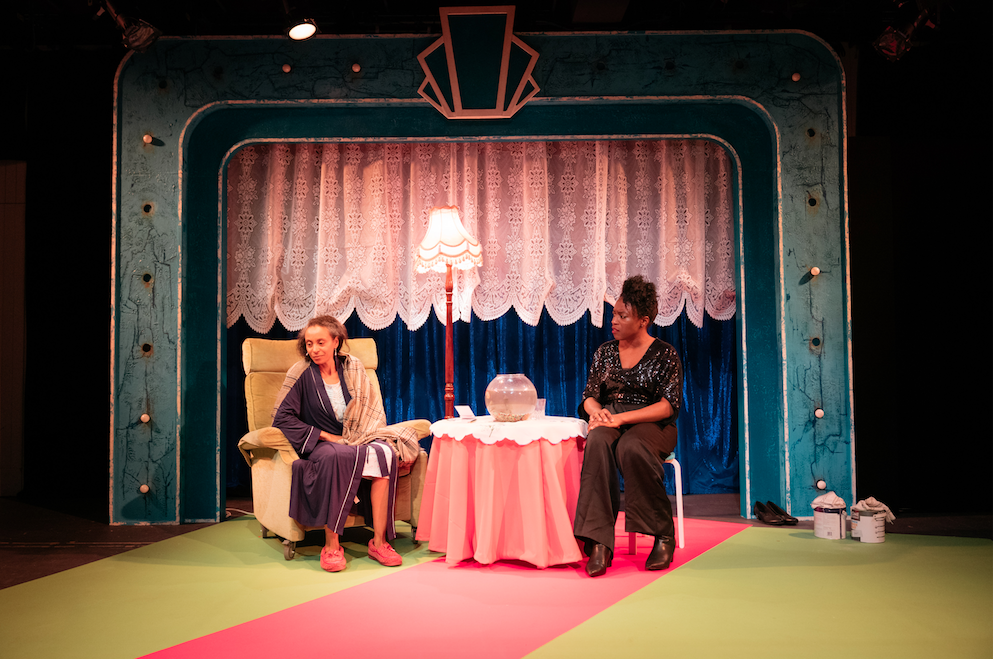 Lachele Carl and Sharlene Whyte in The Trick. Photo by Helen Murray.

This could have been located in the territory of Ghost or Truly, Madly, Deeply, but Leigh is smarter than that and this becomes a teasing but ultimately moving interrogation of grief, old age, the process of dying itself, and memory. As an audience, we can never quite be sure if our eyes are deceiving us. Can what we are seeing be real? Our mind makes us believe that it is even when we know it is a deception. Or are we watching the delusions of a woman who is in the grip of dementia? In its own way this is as treacherous as Florian Zeller’s The Father. 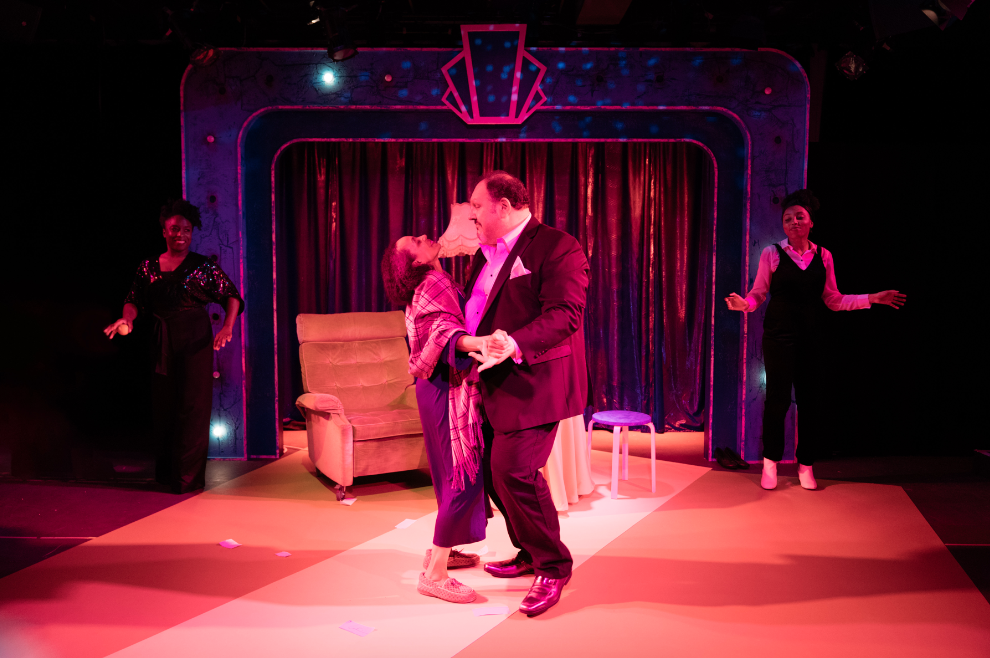 I wouldn’t have objected if Weise’s production had played up the magic elements a little more, but I guess that in the end what Leigh delicately points up is that we need to cling to our illusions in order to live and love at all. And the conjuring tricks don’t end with death. Even after the final great disappearing act—tricks of memory mean we are resurrected in others’ minds, not as we were but as they need to see us.

The Trick is playing at the Bush Theatre until Sat 23 March. You can find tickets here.