Review: The Sweet Science of Bruising

The delicious Wilton’s Music Hall in the East End, one of London’s most atmospheric venues, may well have hosted boxing bouts in the 19th century.

The Sweet Science of Bruising

So, it is an ideal setting for Joy Wilkinson’s The Sweet Science of Bruising which unearths the little-known phenomenon of female pugilism in the Victorian era.

Wilkinson slyly melds melodrama with ideas about evolution and progress—including female emancipation—to tell the story of boxing promoter Professor Charlie Sharp (Owen Brenman) who assembles a quartet of women from very different backgrounds. Each has their own reasons for taking to the boxing ring with the aim of becoming the “lady champion of the world”. 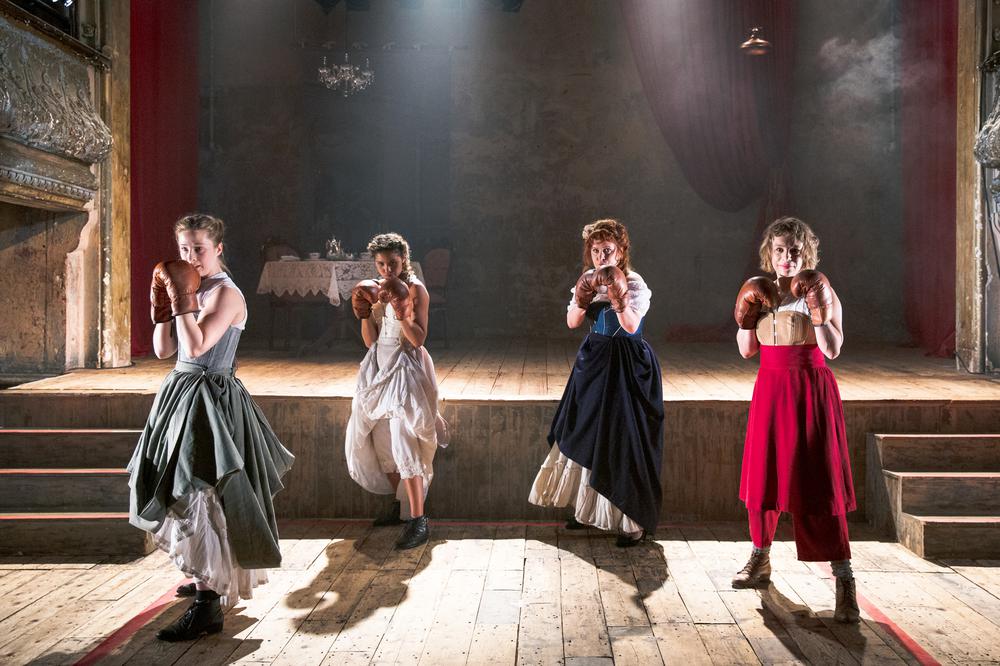 There is Polly Stokes (Fiona Skinner), a northern orphan who is a natural born fighter and rather more talented than her beloved adopted brother Paul (Tom Lorcan). Anna (Emma McDonald) is a young woman in an abusive marriage who regularly has to submit to her husband’s blows. Matty (Jessica Regan) is a survivor with a career portfolio that includes childminding, type-setting and sex work, and Violet (Celeste Dodwell) is a nurse who would like to follow the example of Elizabeth Garrett Anderson and train as a doctor. In a clever glancing touch Wilkinson plays on the connections between these women which exist beyond the boxing ring.

With so many individual stories to tell the play sometimes feels a mite over-stuffed and the sheer number of central characters means that some of the characterisations are flyweight. I wonder whether its natural form might be a novel which would give the story room to breathe and develop. It currently feels slightly corseted. The dramaturgy could be tighter and there is far too much set-up in the first half, so things don’t really get moving until after the interval. But then it tightens its grip as the women face a series of blows from life and societal attitudes. 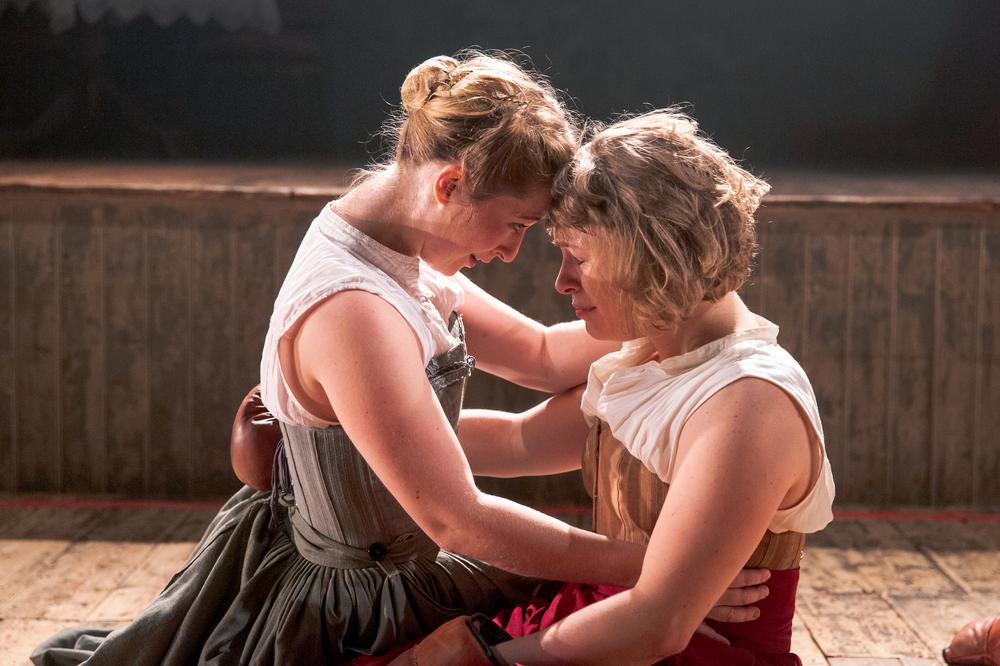 There are spirited performances from all the cast, but particularly the women, with Fiona Skinner shining as Polly, a woman who even as a baby clearly knew that she was going to have to use her fists to survive. Kirsty Patrick Ward’s production is always at its best when the movement is most stylised.

Wilkinson’s intelligent drama may sometimes be a little earnest, but it is also rousing, and it is part of a growing and enjoyable theatrical trend which foregrounds women’s lives and achievements and gives them the chance to take the centre stage which has so often been denied them. It is a trend that isn’t going away.

The Sweet Science of Bruising runs at Wilton's Music Hall until 29 June.

Tip: if you want to see more stuff at the beautiful Wilton's Music Hall, you can follow them on the Stagedoor app. We create personalised recommendations for you, based on your favourite artists and theatres to help you stay up to date with what you love most.